It’s a tough time at the moment, and while it’s important to take care of ourselves, our kindness towards others makes a huge difference. We asked our readers what they’ve recently done to bring a smile to someone’s dial…

Zainab West Sylvester: “Something small, but a lady was in a hurry in the shop so we let her go ahead of us to pay for her items. She couldn’t thank us enough and said that God placed it in our hearts to help her because she needed to get back to work.”

Claudine van Blerk: “In the flats where I live there are a lot of elderly widowed women. Two of them were moving to their respective nursing homes and I made them smile by helping one to pack, sell and move her things. This weekend, I’m helping them to unpack and set up. They are all alone and enjoy and appreciate the help.”

“We never know what people are facing, and being kind costs nothing.”

Angie Myburgh: “I visited my very ill and frail 92-year-old grandmother. Even though she is very weak she always has a big smile on her face when I get there and she is eagerly awaiting the birth of her 17th great-grandchild in two months. I am so blessed to still have her in my life. She is our family’s iron lady, a true female warrior…”

Margaret Mamajoey Mogale: “I made my 10-year-old daughter smile by letting her feel my tummy while the baby was kicking and moving around. She was very excited and couldn’t stop smiling! I believe the little person in my tummy was also smiling at their big sister.”

Frederike Rudman: “I made my 18-month-old daughter smile by pushing her and her stuffed toy, Minnie, around in the lid of our laundry basket. She had a blast!”

Sameera Shaik: “My co-worker at school liked my pen. I had an identical spare one so I gave it to her and she was so grateful. Yesterday I walked into her classroom and saw her using it. That made me smile too – it’s a lovely feeling when someone uses something you’ve given them.”

Robyn Lisa Paul: “I surprised my hubby with this thank-you note for all he does for our family.”

Gugu Masunga: “I was at the clinic on Monday for my two-year-old’s vaccination and saw a guy sitting next to me who was very troubled. I asked him if he was okay and he said that his girlfriend had just delivered the previous night and they didn’t have any clothes for the baby. I quickly called my partner to fetch me so I could gather some clothes from home that my son had grown out of, as well as some blankets, and take them to the father. He was so happy he couldn’t contain his excitement, which made my day!”

Sharon Goosen: “One way I made someone smile this week was to give a petrol attendant a R200 note. I just had this feeling that he needed it and after I gave it to him, he burst into tears saying he had nothing at home to eat. Of course, these were happy tears and he gave me a big smile!”

“Nash Roman says ‘I gave my mother-in-law flowers for no reason and she didn’t expect it. She was smiling all day’.”

Tiyana Van Der Rheede: “I helped my neighbour by giving her grandkids stationery for school.”

Haarisha Carelse: “I received a few nappies as a gift and I gave them to another mom who was more in need than me. The smile on her face was priceless.”

Tori Gounden: “I knew a lady that needed clothes for her baby, and I have a four-month-old so I blessed her with baby clothes I no longer needed.”

Soraya Hendricks: “I make some of my community happy by making and distributing food parcels to those in need.”

Blu B Ngondeka: “Being the lazy one at home, I thought I’d surprise my mom and plant crops in her garden and neaten it up. I put my horticulture skills to the test. When she came home, I ran into the kitchen and told her it was indeed a Leap Year miracle. Nothing beats that motherly smile from the heart!”

Tayyibah Shai: “I left a thank-you note in my husband’s lunchbox.”

Natalie Karriem: “I made my son and hubby’s favourite cupcakes for when they got home from their busy day. It was something small, but the smiles were priceless. We never know what people are facing, and being kind costs nothing.”

Alison De Villiers Johannisen: “My colleague was feeling down so I gave her a hot chocolate saying ‘A sweet for my sweet’.”

Kgatle Babezille Mahlatse: “It was a colleague’s birthday that weekend, so I took her out for lunch and a movie.”

Bonga Lebo Shogole: “I made some cookies for my neighbour’s children and bought them school shoes.”

Esmeralda Moodley: “I usually don’t talk about the good we do, but while shopping this past week I was approached by a man outside asking for fish and bread. We got him that as well as a few more things that could last him for the week. It wasn’t much but it made him smile – sincerely. No cameras, no press. We were just trying to be good humans.”

Glynis Phillips: “Someone posted on Facebook that an elderly man needed diabetic strips as he had run out and couldn’t afford to purchase any. Being a mom of a diabetic son and knowing that my son cannot go without checking his sugar, I felt I needed to give this man four boxes of my son’s strips to help him make it through to April when he would be getting his allocation. I also told him that he could contact me whenever he needs or runs out of strips. He was ever so grateful!”

Lesna Onika Naidoo: “Before I left work yesterday the rain was pouring. There were a few cleaners who work next door waiting for the rain to subside so that they could run to catch their taxis home. I told them not to worry and drove them all home because if they got sick they wouldn’t be able to go to work and earn money to feed their families. It was so rewarding to do a good deed for them and they were so grateful.”

Nick Goosen: “I fetched an elderly lady from her old-age home and took her for lunch for her birthday, as her family lives overseas.”

Sebolelo Moloi: “I gave away some of my son’s clothes that he’d outgrown to a lady at church. It melted my heart to be able to make someone smile.” 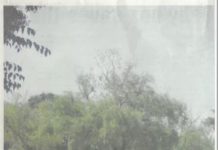 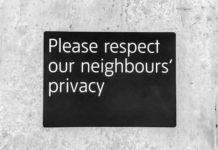 The community around you