BabyYumYum.co.za
Home Articles Parenting Why criticism is GOOD for your child & how to do it... 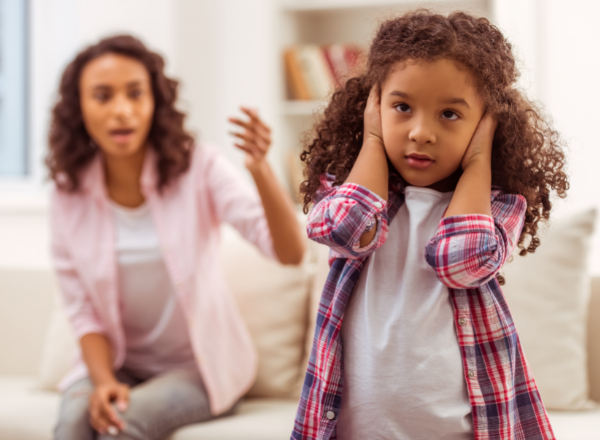 Honest feedback is crucial for raising well-adjusted kids. Here’s how to do it without damaging their confidence or self esteem.

Parents want their children to be many things, including confident and well adjusted. To achieve this, we’re the first in line ready to provide them with buckets of love, support and high-fives when due. But when our child or teen says or does something we don’t like, or doesn’t do their best, or insists he can sing like Michael Jackson despite being tone-deaf, it can be hard to know exactly how to pull them up in a way that doesn’t label them or knock their self-worth down.

Here, childhood experts explain how to deliver criticism to a child or teenager in a way that teaches, while protecting their self-esteem.

Why criticism is important for our children

Often it’s our own overly critical upbringing, or the fear of dashing our children’s precious dreams, that can make us so reluctant to critique them. But never finding fault with our kids isn’t the best way to help them feel good about themselves.

“Many parents mistakenly believe that criticising their child will adversely affect their self-esteem, but giving fair, constructive feedback when needed is important because it demonstrates that you care enough to correct them,” says clinical psychologist Sally-Anne McCormack.

“Also, it teaches them crucial life skills including how to fail and how to respond appropriately when someone, like their teacher or boss, is critical of what they do,” she says.

ALSO READ: How to raise children with a healthy body image – advice from the experts

In fact, children whose feelings are constantly spared by well-meaning parents may take it as a sign that you’re disappointed or indifferent to them. “Children strive for our attention whether it’s positive or negative,” says psychologist Anna Cohen. “So when we ignore them, it can be confusing. They can think, ‘Does Mom accept me?’ or ‘Does Dad feel sorry for me because I didn’t do well on that spelling test?’ These types of doubts can then lead to negative thinking habits.”

How criticism can be harmful to children

“Self-esteem in young people results from a sense of belonging, a sense of security and a sense of purpose and personal competence,” says Cohen. “And a parent’s job is to build their children’s self-esteem through the way they talk to them.”

Therefore, when we attack our child’s character rather than criticise their behaviour; when we’re mocking or insensitive; when we speak in absolutes like ‘You never’, ‘You should’, ‘You always’ when we compare them to other kids in a negative way, all we’re doing is damaging the relationship we have with our child and helping them build a wall of defensiveness around themselves.

“When a child is constantly criticised they lose confidence in their internal conviction or their ability to run their own lives,” says Cohen. “It can also start that negative self-talk or that ‘internal gossip’ as one young person said to me. So if the message they’re receiving is ‘You’re inept’, ‘You’re annoying’, ‘You make poor choices’, then that’s the self-talk that young people will use against themselves in times of stress. Parents have a responsibility to model communication that’s respectful, helpful and truthful.”

So, says Cohen, it’s not about telling a child who can’t read very well that he’s a fantastic reader because that’s not true (and children are quick to feel undermined when we’re not being authentic). Instead, it’s about focusing on the positives and showing faith in their abilities.

“If a poor reader is improving it’s about recognising their efforts, and their improvements rather than the results, with a ‘Wow, you’re persisting’,” she says. “Or, if siblings are fighting, it’s about replacing useless remarks like ‘You’re always so mean to each other’ with the more constructive, and less judgmental ‘I know you two can work this out, let’s sit here and talk about it.” 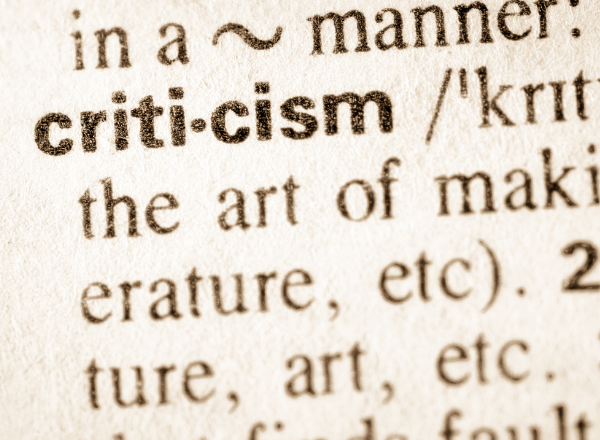 How to offer constructive criticism to children

How do we say something negative in the best possible way? Because kids tend to only hear the bad stuff, McCormack advises coaching things in the positive. “The idea is that you begin with a positive statement, then offer the criticism before ending with another positive,” she explains. “If, for example, your son’s singing needs work, rather than saying, ‘Good, but you stuffed up the high notes’, try ‘I can see improvement, but we might invest in some lessons to help you hit those higher notes. But I’m proud of the way you’ve dedicated so much time and effort to your singing’.”

However, when you’ve stood in the rain to watch your child play soccer, or battled the evening traffic to get to their dance recital on time, and they don’t give it their best shot, it’s easy to let your disapproval fly with a frustrated ‘I can’t believe how badly you played/danced today. I spend all this time and money on you and you don’t even try’.

READ NEXT: Hilarious memes that perfectly sum up what it’s like to be a parent

McCormack suggests responding with the calmer, ‘How do you think you went today? “By doing so, you are not judging them, you’re getting them to quietly reflect on their behaviour,” she says. “Even if they do react with a huffy and puffy ‘I did try’, don’t argue because, chances are, next time they will try harder because they have thought things through and taken your point on board. You don’t always need them to confess to things to know you’ve taught the lesson.”

Ultimately, Cohen concludes, the trick to giving your kids constructive criticism is that it describes the problem or what it is that you see, so you can make it easier for them to hear what the problem is and deal with it”.

“Young people thrive when the attitude around them communicates that they’re lovable and capable, and that ‘even if there’s a problem or an issue, I trust you’re going to make the right decision or that you’re going to make it right and take responsibility. And I’m going to be there to support you’.”

DON’T MISS: Why kids bite their nails & how to get them to stop