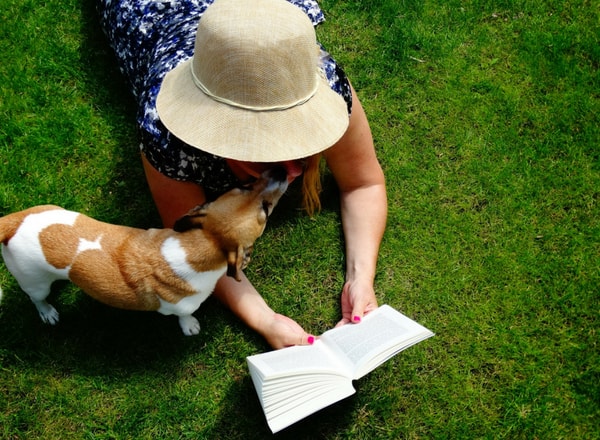 Like with children, if you are a dog owner, you probably believe your doggie to be the best, sweetest, friendliest doggie in the world. It would never turn on you or bite your children because it’s family. It’s part of the household.

It was the same with Oscar, my wife’s wedding gift – the prettiest Jack Russell puppy bought from a licensed breeder. He would lick our cheeks and nuzzle his snout in the cup of our hands. He was our baby for the first seven years of marriage. Until our first baby was born. Then came baby number two. Then news of baby number three.

And then, on the first Saturday morning in our new house, while my wife was busy potty training our daughter and I was getting dressed, a blood-curdling scream ripped through the hallway. I ran to the kitchen, but it was too late. Our 11-month old baby was flat on his back and our beloved Oscar was pinning him to the tiles, his jaw halfway wrapped around our baby’s tiny face. I pulled the dog off our child, stopping myself short from drop-kicking it down the road. There lay our tiny baby boy, bloodied and scarred for life, in just five seconds. The severity of the wounds was evidenced by the fact that I could see the white of his scalp.

“Oscar, lover of the outdoors, destroyer of small branches and ruler of our backyard, immediately became a threat to our family.”

We raced to the hospital where nurses went about cleaning the bite area. Since a baby’s skin is too supple and due to the risk of internal drainage in head wounds, they could not give stitches. The next two weeks we changed dressings, cleaned puncture wounds and medicated accordingly. All the while, Oscar was sitting outside in the cold looking in at us, blissfully unaware of our concerns. For long I tried to digest what had happened. Earlier that terrible morning Oscar had growled at our son, and my wife and I had been arguing about some petty matter which could have been dealt with later. Could that have caused it? Was there something wrong with the dog? Questions aplenty! So, I watched and studied the dog for days. Eventually, I contacted people far more in the know of these matters than myself.

Candice de Villiers, Accredited Animal Behaviourist at Pet-i-Ket (www.pet-i-ket.co.za) suggested that there was possibly a lot more going on in the kitchen. “It could be a combination of things,” she said. “The dog’s age, possible arthritis pain, the stress of the move, or a bit of jealousy towards the baby, with a third baby on the way. One needs to think about this very carefully. Chances of it happening again if you take your eyes off the dog for a split second are good.”

Shannon McKay, Accredited Canine Behaviour Consultant, also suggested that “… something may have triggered him, but the lack of alternate passive responses and the repeated bites, are serious concerns. The intensity of the bites leads me to believe this was not a transient lapse in judgement. I would strongly urge you to ensure the dog is never again in a similar situation.”

It became resoundingly clear that whatever had happened and whatever had prompted it, our beloved Oscar would have no problem biting our child, or any other child, again. In his mind, he had done the most obvious and natural thing. Our negligence and ignorance might have caused it, but what had once been a very narrow alley in his decision-making, had now become a brightly-lit one-direction super-highway. Even more disconcerting was that, at his age, it could not be untaught. It had been cemented in his instincts. Oscar, lover of the outdoors, destroyer of small branches and ruler of our backyard, immediately became a threat to our family. Hiking days and beach trips came to an instant halt while we sought to rehome Oscar. Kirsty Hofhuis from SAM (Sedgefield Animal Matters) aided in rehoming Oscar to a horse farm.

We knew at some point we would get another dog. And since a puppy will always be on a child’s Christmas wish list, the true question is, “How can parents prevent a dog bite?”

In short, you can’t. But here are some things to consider:

A quick Google search will educate discerning buyers. Looking for a family pet? It’s wise to find out what the pet had been bred for. At the very least, it will shed light on the needs of the dog compared to the activity levels in the house. McKay suggests that “… meeting a dog’s physical and mental needs could be more beneficial than offering it space.” We love Jackies and believed their small stature made them safe family dogs. “Jack Russells are indeed nippers, but they are also ratters and they hunt to kill small prey,” advised De Villiers. Proper research will make parents more mindful of unsupervised encounters between dog and baby.

And here is the non-negotiable, unavoidable obligation as a dog owner. Sorry, folks, but there’s no way to skirt the issue. Dog training empowers the owner to know their dog better and also to work with your dog during social encounters with other dogs. It might not bite-proof your dog, but it should maximise its genetic constraints. Training is also an opportunity for kids to get involved. Disciplining, working, rewarding and enjoying a dog during training, is such an awesome experience.

This is probably the most important aspect of training, no matter how big or small the breed. They say prevention is better than cure. In that vein, dog behaviourist, Karis Nafte (Happy Dogs Agility and Training School), who has been training dogs (and their owners) for 23 years, insists it should be done at puppy stage. “Bite inhibition, meaning a dog with a safe mouth that is aware of how to be gentle with human skin, should be taught while puppies still have baby teeth. When your puppy bites your hand too hard, cry in a high-pitched squeal like a puppy would. Chances are the puppy will then lick your hand to say sorry. Do this every day until your puppy loses the baby teeth.” She added, “Don’t discourage puppies from biting your hands, rather teach them to bite softly.”

On the day, Oscar did let us know that he was grumpier than normal. We did not heed the warning signs. Also, dogs are territorial and we had removed him from his territory. The yard hadn’t been secured yet, so he was locked inside a new house. He could have felt trapped. Dogs also get grumpy. And a grumpy dog should not be close to a child.

How the smartphone affected an entire generation of kids