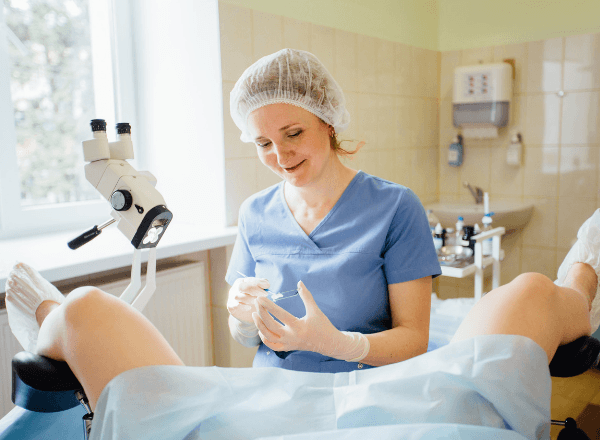 Cervical cancer is the second most common female cancer in South Africa, with one in every 42 women diagnosed annually according to the Cancer Association of South Africa (CANSA). Cervical Cancer Awareness Month, which takes place annually in September, encourages women to be screened regularly so that abnormal cells can be detected and treated early.

“Almost all fatal cases of cervical cancer could be avoided, as long as women are screened regularly and preventative treatment is started early in the diagnosis,” says Dr Howard Manyonga, obstetrician and Head of The Birthing Team.

A pap smear is the most effective screening for cervical cancer. A sample of the cervical lining is taken by a professional nurse or doctor and tested to determine whether abnormal cells are present. This should be done 10 to 20 days after the start of a woman’s last period. Every woman should be screened at least every three years.

“A pap smear is the most effective screening for cervical cancer.”

Cervical cancer is a long-term complication of infection by certain types of the human papilloma virus (HPV), the most common sexually transmitted disease. “It takes 15 to 20 years for cervical cancer to develop in women with normal immune systems. It can take only five to 10 years in those with a weakened immune system, such as women with untreated HIV,” says Manyonga.

He adds, “We can prevent the spread of HPV by educating men and women on safe sex practices. Vaccinations against the virus for girls aged nine to 14, together with the promotion of regular screenings for those already engaged in sexual activity should be encouraged.”

Treatment of cervical cancer depends on the stage, shape and size of the tumour, your age and general health. “The symptoms of cervical cancer usually present themselves at a very late stage. Signs include irregular, intermenstrual bleeding or abnormal vaginal bleeding after sex, back, leg or pelvic pain, fatigue, weight loss, loss of appetite, vaginal discomfort or odorous discharge,” explains Manyonga.

The Birthing Team, supported by healthcare management company PPO Serve, provides affordable private maternity care to women who are uninsured. Their all-inclusive fee covers all necessary scans, tests, medication and consultations, including hospital costs for the delivery, based on their allocated care plan. They are currently operational at Netcare Park Lane in Johannesburg, Netcare Femina in Pretoria, Netcare Pholoso in Polokwane and JMH City Hospital in Durban. Visit www.thebirthingteam.co.za for more information.