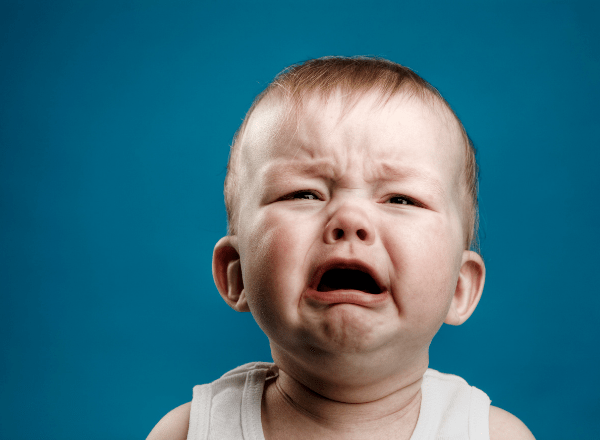 Paediatrician Dr Enrico Marashin says, ‘In my experience parents do learn what their baby’s different cries mean. Parents generally are able to distinguish between hunger, sleepiness and frustration’.

There is an interesting study that was conducted by Australian mother Pricilla Dunstan – her findings are now referred to as The Dunstan Method. Over an eight-year period, she studied a number of babies from different cultures and concluded that there were five basic sounds that a baby makes just before he or she cries. By identifying these sounds, she said you can understand what your child is trying to communicate.

If your baby’s cry starts with the sound ‘neh’ this usually indicates that she’s hungry. The sound is often made when she touches her tongue to the roof of her mouth and sucks.

Feeling tired is one of the main reasons babies cry, and she’s likely to make an ‘owh’ sound when she’s sleepy. Another indicator is that she’ll be rubbing her eyes or yawning.

Does your baby have a full or wet nappy? Or is he overheating. If he’s uncomfortable you’ll hear a ‘heh’ sound – although it can be easily confused with the ‘eh’ sound.

If your baby cries out with an ‘eair’ sound, she’s probably experiencing pain of some kind. If she’s also kicking her legs or pulling them towards her stomach, she likely has gas or abdomen pain.

You’ve probably heard the ‘eh’ sound a million times already – it’s your baby’s way of communicating that he needs to be burped.

In an Oprah show Pricilla Dunstan showed a group of mothers how to interpret cries. While it’s fascinating to watch, a mother should never underestimate her own intuition when it comes to her baby.

To recap, here are what the different cries mean:

How much does the tooth fairy pay per tooth in South Africa?

These celebrity moms aren’t ashamed to breastfeed in public and you...