The next couple of weeks are the peak buying season of the year. Keeping in mind our national recession, we look at ways to buck the trend to spend. Where and how do we decide to pass, pinch or purchase? Let’s discuss!

Summer holidays in the Northern Hemisphere start in June and last until the beginning of September. Back-to-school sales are in August, with Christmas sales and holidays in December. Those three spending seasons are thus spread over four months.

For us in South Africa, we have all those same spending seasons, just compressed into the six weeks of holiday from December to January. That is no insignificant budget load! And the impact of big spending is not just on our pockets. Many of us may be concerned about raising our children in an era where stuff has never been as abundant or disposable, with the net effect of a generation who expects monetary and material gratification.

Pass: The cycle of stuff

“Courtesy rules have taught us to give like for like; we give and we get. And initially, we all tried to step up to the standard that we had set.”

One cousin gathered the courage to speak up to bring about the much-needed change. “She called up everyone individually and asked if we could discuss and rethink. Immediately, there was thanks and relief all round.”

“As much as we all wish to cut back, gift giving is a joy in and of itself; it’s just a matter of putting sense ahead of cents.”

Instead of giving gift-wrapped gits, the parents decided to opt for something special but different. “We all met at an indoor play arena and each parent paid for our own kids. It was still special, but much cheaper than each set of parents buying gifts for every child in the family. And the take-home message, we hope, was the joy of togetherness.”

Quality items cost money, and the temptation is there to hop down to the nearest China Mall and stock up on gifts, and although many are wonderful and appreciated, in the end, it is more stuff.

“I don’t want my children surrounded by an abundance of plastic stuff because it sends the message that life is a never-ending cycle to consume, dispose and replace. It’s not just money holding me back; it’s my inner disgust at the culture of consumer kids we are raising.”  For Tia and others, opting out of stuff is as much an ecological decision as it is a budget one.

Do this instead: Give a memory

Holiday time is a wonderful time to connect and open our homes to hosting our friends and family, but the costs of items soon add up.

Don’t give up on hosting just because the budget is an issue. It offers our kids the chance to hone their social etiquette and make meaningful connections with cousins.

Do this instead: Open up your heart and home but scale down

While gift giving may be a transaction (I give to you, you give to me), hosting people is about a gift of yourself and your time.

Even holiday “specials” at this time of the year cost five times what they do out of season.

“We take a week off school, especially that week when they are training for Sports Day,” says Sanet, adding a quip: “I don’t let schooling get in the way of my children’s education.”

However, for those parents whose annual leave is during these holidays, savings can be found by camping. And here is another tip: some resorts offer better rates for campers than it does to day-visitors! Do your homework.

Another cost that can be cut on trips is food. “Anything you buy from a restaurant at the filling station costs more than its counterpart at the grocery store. Except for petrol, we avoid filling stations and will go into the town to use the toilets at a supermarket while buying our supplies,” says Tina. Moreover, South African padkos deserves its glory. “I would rather be eating my sandwiches under the tree than stand in a long queue to buy food during a trip.”

As much as we all wish to cut back, gift giving is a joy in and of itself; it’s just a matter of putting sense ahead of cents. Few people need another boxed set of shower gel and hand cream, or another trinket.

Do this instead: Buy what is needed

And while we are chatting on gifts in liquid form, have you ever been gifted petrol? “A friend asked me if he could use my car to go and pick up milk, and I only realised that he’d filled it up with petrol the next day when I used it,” says Ndumiso, an agricultural field worker. “It was a silent but welcomed gesture – we love road trips so that was a hugely welcomed gift to all of us.”

Purchase: Score on the stationery sales

You can never buy stationery at the same price as it is on offer in January. “I buy all my kids crayons, exam pads, etc. during the back-to-school sales,” says savvy shopper Aadila, a mom of three and a teacher. “I take it out only as need be, but I buy it all in January.”

Even though your child’s report card comes with a stationery list, no one says every item must be new. Billie, a businesswoman running her own furniture business, says, “At the end of the school year, we clean up their bags and I keep all those pencils and crayons that are half-sized for them to use in January. There have been snarky comments from teachers and other learners that although we can afford overseas trips, I can’t afford new stationery, but my kids are raised with a no-waste ethic.”

A sensitive rather than Scrooge-like approach to gifting

“Gift giving is not a love language any more than Pig Latin is a Romance language,” write lifestyle activists,  Joshua Fields Millburn and Ryan Nicodemus, better known as The Minimalists.” Obligatory gift giving is a pernicious cultural imperative, and we’ve bought it (literally) hook, line and sinker. We’ve become consumers of love. The grotesque idea that we can somehow commodify love is nauseating. Gift giving is, by definition, transactional. But love is not a transaction. Love is transcendent.”

And perhaps, during these holidays, we can make that transcendent shift from consumerism to connection with our children, our families and our circle of friends.

These are the gifts kids REALLY want this Christmas 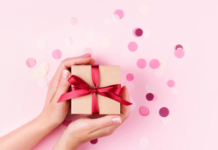 40 amazing gift ideas for teachers – and most are under R300! 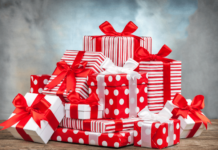 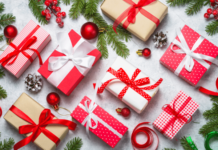 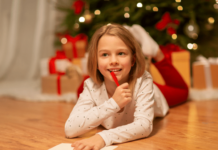 Christmas wish-list: My Garden Baby set to be HUGELY popular 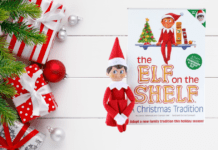 Elf on a Shelf South Africa: your questions answered PLUS easy ideas