In our opinion, we should have continuous Allergy Awareness campaigns as allergy patients suffer all year round. In fact, do you understand what an allergy is and the difference between an allergy and an intolerance?

True food allergies are not as common as most people believe and only affect a very small percentage of children, although they are more common in younger children. Fortunately, most younger children will outgrow some of these food allergies between the ages of two and five years. The most common allergy-causing foods are peanuts, tree nuts (walnuts, pecans, almonds, cashews, etc.), dairy, eggs, fish, shellfish, wheat and soy.

“Awareness is key to creating freedom for those that suffer from allergies to enjoy the ‘normal’ pleasures in life for example playdates, school camps, class outings and dinners at restaurants.”

What is an allergy?

An allergic reaction happens when the body’s immune system mistakes something like a food or pollen as a harmful and dangerous invader. The body reacts by releasing antibodies called immunoglobulin E (IgE). The IgE in turn prompts the body to release chemicals known as histamines. When the histamines are released, the body reacts by producing symptoms such as runny nose, itchy eyes, a skin rash and in severe cases, anaphylaxis. In a food allergy, the body’s immune system is involved.

What are some of the symptoms of food allergy?

The most common symptom of a food-allergy reaction is a rash or even eczema but in a more serious reaction, known as anaphylaxis, symptoms can include one or more of the following:

How can I establish if my child has an allergy?

With severe food allergies, your child would have gone into anaphylactic shock, which is described as a widespread and very serious allergic reaction with symptoms described above. Immediate emergency treatment is required for this type of shock. Depending on which allergies they suspect your child has, they will either do a skin test or a blood test, which will determine what your child is allergic to.

If your child has not gone into anaphylactic shock but you suspect an allergy, you can either have them tested or you can start a food diary. The reason for this is that children don’t only have allergic reactions to food they have tried for the first time. It can take time for the immune system to build up enough of a response to cause noticeable symptoms. Like in my daughter’s case, it took the first four weeks of her life before her symptoms started and I was eating dairy from day one. Your child could be allergic to a food even though they have eaten it many times before without problems. If you decide to do a food diary, you should only remove one food from their diet at a time and remember that it will take at least two weeks for the allergy symptoms to clear. You can then reintroduce that food to see if the symptoms return.

More common than food allergies are intolerances to certain foods, which can cause vomiting, diarrhoea, spitting up and skin rashes. An intolerance does not involve the immune system like an allergy does. An example of such a reaction occurs in children with lactose intolerance, which occurs because of a deficiency of the enzyme lactase, which normally breaks down the sugar lactose. Children without this enzyme or who have a decreased amount of the enzyme, develop symptoms after drinking lactose-containing food products, such as cow’s milk. However, because this reaction does not involve the immune system, it is not a real food allergy.

Organisations such as Allergykids are firm believers that awareness is key to creating freedom for those that suffer from allergies to enjoy the “normal” pleasures in life for example playdates, school camps, class outings and dinners at restaurants. 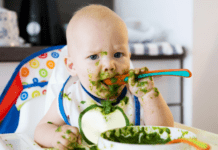 Ancient weaning practices: how things have changed & what we can learn from them 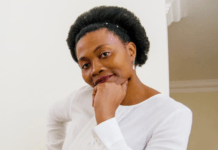 “My son’s food intolerances encouraged me to become a mompreneur” 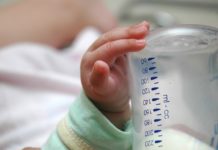 Why is my baby reacting to his formula? 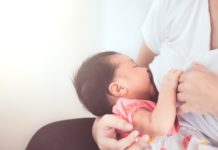