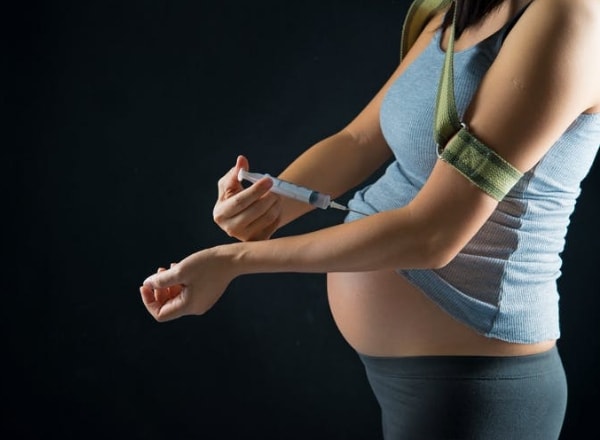 The number of babies born to opioid-addicted mothers in the US more than quadrupled during 1999-2014, according to a recent report from the Centers for Disease Control and Prevention. The health impact on these children is huge and lifelong.

The US is in the midst of an opioid epidemic with the country accounting for 80% of the world’s opioid use even though it accounts for just 5% of the world’s population. The epidemic is being fuelled by a rise in opioid prescribing, for painkillers, such as oxycodone, as well as a rise in the sale of illegal opioids, such as heroin and fentanyl.

In 2016, 11.5m people misused prescription opioids and each day, 116 people died from opioid-related drug overdoses. But it’s not just the US, there were also record numbers of drug deaths in parts of the UK, including Swansea and Blackpool.

Opioid addiction has a devastating impact on the user, but when the user is a pregnant woman, the impact is compounded as the child is affected by the drug, too. Opioids are passed to the baby via the placenta.

The first and most obvious impact of being born to an opioid-addicted mother is withdrawal. This is known as neonatal abstinence syndrome (NAS) and it includes excessive tremors, sweating, fever, vomiting and insomnia. The most harrowing symptoms are seizures and an inconsolable, high-pitched cry.

The severity of withdrawal may depend on the nature, extent and complications of maternal drug use, such as whether any other drugs are being used alongside the opioids, which may mask or worsen symptoms. Withdrawal symptoms from prescribed opioids can be just as severe as withdrawal from illicit opioids.

NAS symptoms usually occur in the first two or three days following birth, but they can start up to four weeks later. The symptoms usually last a few weeks but have been known to still be present when the baby is several months old.

In some cases, opioids are given to the baby to reduce the symptoms of NAS and the babies are then weaned off these. But many babies go “cold turkey” and suffer severe withdrawal symptoms.

Treatment to reduce the severity of withdrawal in affected babies traditionally involved swaddling and minimal interaction, including from the mother. But recently breastfeeding alongside touch and comfort from mothers (or other caregivers) has been shown to be effective, reducing the use of medication and reducing hospital stays.

There are other complications at birth, including low birth weight, preterm delivery and stillbirth. What is not clear is whether these effects are due to drug exposure in pregnancy or living in poverty and other stresses after birth that often accompany parental drug use.

Opioid use during pregnancy has also been associated with development delays and intellectual impairment. But most studies were conducted before the use of synthetic opioids and scientists don’t yet know the long-term implications of these substances on babies.

While some opioid users – particularly those addicted to prescribed medications – live relatively stable lifestyles, others have a chaotic lifestyle involving risk-taking, crime, poor self-care or social isolation. Children raised in this environment are at risk of harm, including both physical and emotional neglect, and are often placed into foster care.

These children are also likely to face broader health and social inequalities associated with this lifestyle, such as lower life expectancy, more health problems, and poorer education and employment prospects. Children may also be accidentally exposed to the opioids themselves, which can lead to their own addictions and potential overdose.

Thankfully, there is evidence to suggest that with appropriate, timely support for mothers, the outcomes for children can be improved, including children being more likely to be reunited with parents after foster care.

Getting addicted mothers to engage with support services is also key for both mother and child in the long run. Mothers who engage can access drug treatment programmes and take substitute medications, such as methadone or buprenorphine, with the aim of becoming drug free.

This can be difficult with many addicted mothers feeling guilty and ashamed about the harm they are doing to their baby, together with the public scrutiny and stigmatisation they face from healthcare professionals. But pregnancy can also be a significant motivator for change in addicted mothers, making investments in support services worthwhile.

However, like any drug abuse, maternal opioid use is a complex problem with no simple solution. Given the negative impact on affected children, though, we must at least try to provide a better support system for both the mothers and children.

Is it healthy to be a vegan or vegetarian while pregnant?