Some of my earliest childhood memories are of going with my cousins (all of us were between the ages of six and 12) to the theatre or on other outings during the holiday period, and when I say going with my cousins I literally mean all eight of us piling into the car! My gran was usually the driver, while my mom sat in the passenger seat with me on her lap and five of my cousins were squashed like sardines in the back seat. This was in the 1980’s.

As a mother of two today, I would never even consider putting that many people in my car or putting small children in my car without car seats and booster seats. In fact, I won’t even drive around the block without my precious cargo secured in their car seats. This is the norm in my circle of friends and wider community. Times have changed, as have the rules of the road, and I thought it would be interesting to take a trip down memory lane when it comes to the introduction of car seats and how their purpose has changed over the years.

“It was only during the ’60s that car seats were first considered to be a safety accessory.”

1930’s: The car seat was originally introduced in the 1930’s to restrict children from moving around in vehicles. It had no safety purpose at that stage.

1940’s: The car seat resembled a metal box and lifted the child slightly so that they could see out of the window. Again, the emphasis was more on convenience than safety, meaning that families and especially mothers could go to town with their little ones in tow.

1950’s: The baby car bed makes my hair stand on end and I’m sure you can understand why this was not such a good idea – think of car collisions, side impact dangers and the baby being flung from the vehicle. The list of possible things that could go wrong is endless.

1960’s: It was only during the ‘60s that car seats were first considered to be a safety accessory but many people did not see the benefits of this item. Car seats were now fixed using the car seat belts (not that many cars even had seat belts). Another redesign of the car seat resulted in this poorly thought out death trap – if the driver hit the brakes the baby would be flung forward and bang their head on the metal steering wheel or guardrail. 1968 saw the “Tot Guard” from the Ford Motor Company, which had a padded area intended to protect the child’s face if flung forward in a collision. It looks more like a giant feeding chair to me.

1970’s: Car seats had some features that we can recognise in the car seats of today such as seat belts and head and side impact protection. In 1973, General Motors introduced the Infant Love Seat and Child Love Seat, which turned the focus on why you would want to protect your child. In the US, car seats were required to be affixed with a seat belt to the car chair and the actual car seat had to have a seat belt to hold in the baby. No crash testing at this stage was required.

1980’s: Car seats were now fully padded, complete with the very popular brown colour of the decade. In 1985, the first child passenger safety laws were passed requiring all children under a certain age to be affixed in a car seat. This notion was first passed in America and the rest of the world started to follow.

1990’s: Road traffic increased worldwide and ignorance about the dangers of speed resulted in car seat safety campaigns. Although much safer systems were designed, including the latch system whereby the top and lower anchors resulted in the improved stability of the seat, comfort was not really a priority. At this stage, many vehicle and baby product manufacturers started to manufacture their own car seats as this was seen to be a very lucrative market.

2000’s: Brilliant car seat safety campaigns have been initiated to promote child safety. Today, car seat safety has become a very serious topic with car seats being seen as a priority and a law in many countries. In fact, in South Africa, many hospitals will not let you take your baby home unless it has been secured in a car seat. It’s one thing to have a car seat, but another thing to understand how to correctly install the car seat and the different age and weight categories of your child in terms of selecting a car seat. Some car seats even come with an expiry date and super stylish car seats backed by safety standards have become a must. Unfortunately, while car seat safety for babies is on the rise, booster seat usage for children between the ages of eight and 12 is decreasing, meaning that people are not seeing the need to secure their big little people. The consequences of this should there be a collision are potentially fatal for the child.

In 2015, then Minister of Transport introduced a new regulation to the National Road Traffic Act whereby officially as of 1 May 2015, all children under the age of three have to be strapped into a car seat when travelling in a car. We picked up this really informative and summarised article on all the SA laws regarding car seats courtesy of Arrive Alive, our partners in road safety. Organisations such as Wheel Well have embarked on initiatives have been launched in SA to have used car seats refurbished and donated to those who are unable to afford car seats. With prices of new car seats ranging from R264 (lower priced and not as safe) to R10 000, there is a wide selection to suit your requirements. Just remember to choose one that complies with all safety standards and provides your baby with maximum comfort. One car seat manufacturer in South Africa we love is Maxi-Cosi, because of their safety systems and features.

Every parent has been pressed for time or has experienced the tantrums about being strapped in a car seat to the point where you want to give in. However, the safety of your child should be a non-negotiable and your priority to protect your child must be greater than getting to anywhere on time no matter what the occasion is. Rather let your baby or child have their 10-minute meltdown, which is soon forgotten, than live your life with regret and grief because you didn’t strap them in the one time it really mattered.

Just in case you need a reminder of why child car seats are a must, check out this video. 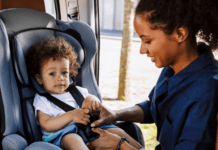 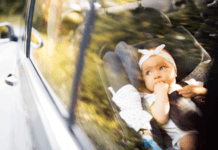 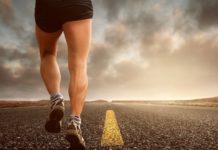 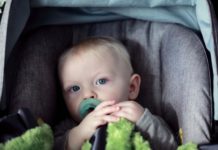 Empowering you to keep your child safe 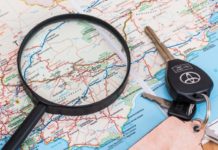