BabyYumYum.co.za
Home Articles The facts about the flu vaccine 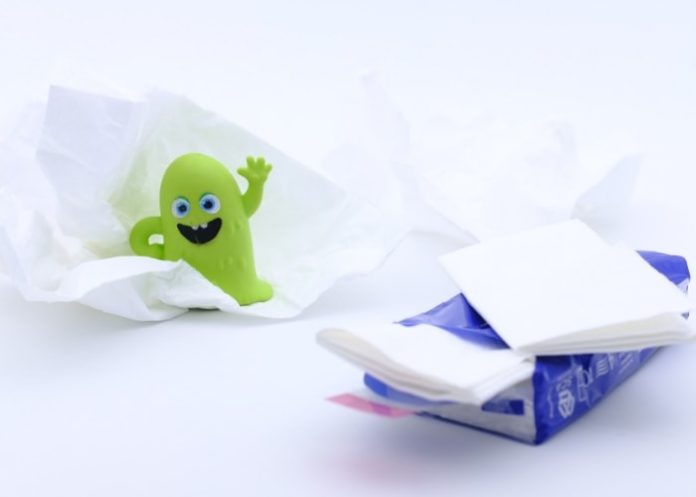 Flu season is nearly upon us and for a lot of people, this means the risk of headaches, chills and lethargy. However, the risk of influenza is much more serious than that. We delve into the science behind one of the most prevalent infections worldwide – influenza.

In its most basic form, influenza is an acute infection that is easily spread from one person to another. Touching a trolley handle, pressing a button on an elevator, having someone with the virus cough or sneeze near you – even shaking their hand – are all way’s that you can become infected with influenza.

It is easy to see just how rapidly influenza can spread, often causing epidemics worldwide. Many people do not know that they are more likely to have a heart attack during the week after being diagnosed with influenza, as the flu virus inflames your heart muscles thereby increasing the risk of heart attack. The risk can continue months after the infection has left your system.

“The most successful intervention for seasonal influenza has proven to be the flu vaccine.”

Similarly, if you suffer from diabetes, influenza can pose increased complications, as the flu causes your body to release extra glucose into your system in response to infection.

These are just two examples of the many complications caused from influenza that doctors witness every year. While everyone is at risk, there are certain groups that are more prone to not only being infected with the flu virus, but also the serious complications that can come with it: children under the age of five, pregnant women, people suffering from chronic diseases and those over the age of 65.

To understand the impact of influenza globally and in South Africa, there is clear evidence that a significant proportion of adults will suffer and/or die with influenza this year.

Not only are we all personally at risk, but so is the economy. The disruption and productivity losses within the work and school environment is evident in the number of flu-related hospital and doctor visits reported annually across various countries.

“It’s important to vaccinate against influenza on an annual basis, as vaccination can provide protection against the most prevalent flu strains. Vaccinating with influenza vaccines can reduce the risk of people contracting the flu virus thereby reducing some of the serious complications of influenza infections,” says Merilynn Matthew, GM of Sanofi Pasteur, South Africa.

What can be done?

The most successful intervention for seasonal influenza has proven to be the flu vaccine. Every public health body, including the WHO and the US CDC, strongly recommends the administration of the flu vaccine to reduce the risk of infection with influenza strains and the subsequent complications that can affect patients, especially those in known high-risk groups such as pregnant women, diabetics, the elderly, and those infected with HIV.

This is not to say that people who do not fall within these high-risk groups should forego the vaccination. Everyone is at risk of contracting influenza. Importantly, getting the vaccination is something that will benefit a person directly and will also help the flu from spreading to people who are at a higher risk of developing serious complications. This is often referred to as ‘herd immunity’ – where the collective community that are vaccinated indirectly assist ‘protect’ the more vulnerable members of society who cannot be vaccinated at that time.

If you have ever wondered what difference the flu vaccine can really make, take the following into account: If Europe managed to reach just 75% vaccination target in their at-risk population, they would prevent approximately 100 000 hospitalisations and 50 000 deaths associated with influenza every year. That is a lot of lives saved through the simple solution of vaccination.

In a recent comprehensive study, the flu vaccine significantly reduced mortality due to influenza-induced stroke, heart attack, diabetes complications, pneumonia and childhood deaths. Annual influenza vaccination is considered to be the most effective way that people can help boost their chances of avoiding the flu and its severe complications.

All public health bodies – including the Department of Health South Africa as well as international bodies such as the WHO and the US CDC, reinforce their recommendation to get vaccinated against influenza, each year.

Note: Most medical aids cover the flu vaccine now, so check with your medical aid scheme to see you will be covered under their screening and prevention benefits.

The importance of vaccination throughout life
Are flu shots a must for everyone?