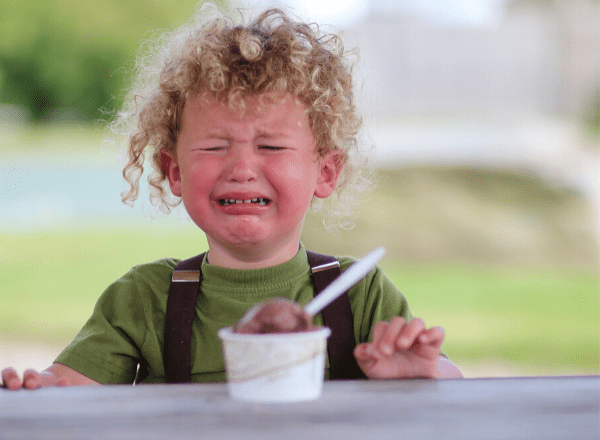 The first almighty toddler tantrum is a milestone in every child’s development that will never make the baby book. Epic meltdowns, especially those in public, can throw even the most confident parent off their game.

Between the ages of one and four, nearly 90% of children will have occasional tantrums. They involve children expressing their anger and frustration by screaming, crying, falling to the floor, flailing limbs, hitting, kicking, throwing items and, in some children, holding their breath.

Tantrums often start when a child wants something they can’t have, wants to avoid something, wants attention or if the child is hungry, tired, unwell or just frustrated.

But the cause can often be nonsensical, as blogger Greg Pembroke parodied in his book Reasons my Kid is Crying (which include “I let him play on the grass”, “We told him the pig says ‘oink’,” and “The neighbour’s dog isn’t outside”).

Tantrum throwing peaks at age two, as children experience the perfect storm of not being able to express themselves verbally while simultaneously developing their sense of autonomy and independence.

What’s normal and what’s not?

While part of normal child development, tantrums are a common reason for parents to seek psychiatric help for their child. At the more serious end of tantrum behaviour, around 7% of children exhibit tantrums multiple times a day, lasting for 15 minutes or more. Half of these children usually have an underlying behavioural or developmental problem.

Tantrums that might be classed as “abnormal” tend to be those that continue past the preschool age, last longer than 15 minutes, involve the child injuring themselves or others, occur more than five times a day, or where mood is low between tantrums instead of returning to normal.

Other signs that tantrums are more severe are when they occur with non-parental adults or happen out of the blue, with no seeming provocation.

Unsurprisingly, the family of a child who is prone to frequent tantrums may also need support. One recent study found that half of all mothers of children presenting for help with tantrum behaviours had a mental health problem themselves, commonly depression and anxiety.

Other family factors that were associated with frequent or severe tantrums in children include maternal irritability, marital stress, low parental education level, when child care is exclusively provided by the mother, and when corporal punishment is used in the home.

All of this paints a picture of a family under considerable stress, whether it precedes or results from the child’s tantrums. Either way, frequent tantrums are likely to escalate stress in the home so it’s important the whole family system is given means to cope.

As much as consistency is important as a parent, so is picking your battles. If the issue isn’t important or compromising safety, it might not be worth the showdown. 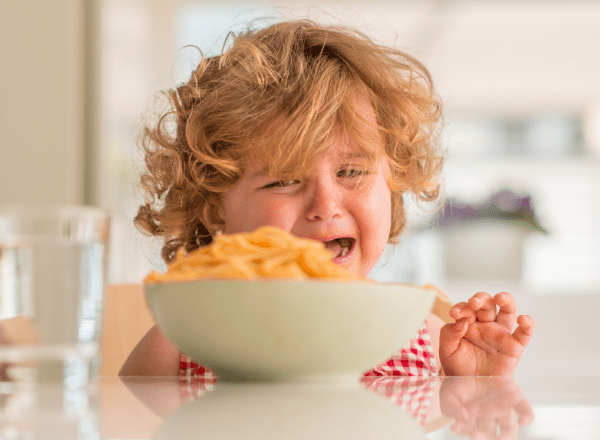 What to do when your child has a meltdown

For the 90% of parents who are experiencing tantrums as part of normal child development, the best way to deal with them is to try to avoid them. It’s easier said than done, but as much as you can, be consistent and predictable with rules and routines. And ensure expectations of your child are appropriate for their age.

Offer choices in decision-making to encourage independence while ensuring the available options are acceptable to you as a parent. For example, “Would you like a yoghurt or a cracker?” (Not “what would you like to eat?”).

Or, “Would you like to listen to Peppa Pig in the car today?” (Not “what do you want to listen to?” Doing that one wrong can end up with months of playing Baby Shark, which is as bad as it sounds).

A regular mealtime and sleep routine will help avoid the hungry and overtired meltdowns, and removing sources of frustration for the child (such as a jar of biscuits they can see but not reach) can also help.

As the child gets older, encourage your child to express how they are feeling in words. The words to describe emotions can also be mirrored back to children to help teach emotional literacy, for example “You seem really angry about this” or “I can tell that this has made you feel really sad”.

As much as consistency is important as a parent, so is picking your battles. If the issue isn’t important or compromising safety, it might not be worth the showdown.

Also, remember to give your child plenty of positive attention when their behaviour warrants it, as a child who is feeling overlooked may provoke negative attention just to get any attention at all.

If prevention hasn’t worked, a few strategies may help. Remain calm, don’t escalate the situation and don’t cave in to ensure tantrums are not seen as a productive exercise. Time-outs, where the child is moved away from the problem situation, can help both parent and child to calm down. The American Academy of Pediatrics recommends one minute of time-out per year of the child’s age.

If you’re in a public place, try to redirect the child’s attention and if that doesn’t work, keep calm and leave the location if necessary.

Finally, many years ago in a study of chimpanzees researchers observed the phenomenon of reconciliation after conflict. Just like chimpanzees, more than one-third of toddlers want to end their tantrum with a hug, known as “post-tantrum affiliation”. It’s a nice way to signal the end of the crisis and a return to being part of normal family life with the knowledge that, for most families, the tantrum phase will pass.

By Monique Robinson. This article is republished from The Conversation under a Creative Commons license. Read the original article.