It’s 9pm and the kids have finally passed out in sugar-induced comas after a successful night of trick or treating – and by successful, I mean they scored about a year’s supply of sweets. As much as I love a good dress up, I would rather the prize for the best costume not be copious amounts of candy. Now copious bottles of wine… that’s a different story. For me, of course… not the kids.

While I have to admit that Halloween is a lot of fun, not to mention a great form of bribery for good behaviour – “if you don’t brush your teeth, there won’t be any trick or treating” – I’m not sure it’s worth the series of meltdowns that follow.

My rule is that the kids (and my husband, might I add) can choose a few sweets to eat on the night and the rest get hidden in the cupboard to be dished out during the year – again, mostly as a form of bribery. But, as the kids get older, they seem to be more resistant to this rule, not to mention a lot more inventive when it comes to breaking it.

Just tonight, after devouring his sweets, I caught my son, at the age of three, standing atop a bar stool, which he had pulled over to the pantry cupboard while I wasn’t looking, rifling through the shelves in search of the rest of his stash. This not being my first rodeo, I had hidden the plastic pumpkin filled with sweets on the highest shelf so he couldn’t reach them – despite his dogged determination.

“My rule is that the kids (and my husband, might I add) can choose a few sweets to eat on the night and the rest get hidden in the cupboard to be dished out during the year – again, mostly as a form of bribery.”

Eventually, exhausted after what must have felt like hours standing on his tippy toes in an effort to pull down the pumpkin, he resorted to negotiation, asking me to get it for him. Ummm… no. My refusal, of course, led to a tantrum to end all tantrums. (Any suggestions as to how to tell a toddler they can’t eat all their Halloween candy in one go that doesn’t lead to them throwing themselves on the floor for an epic tantrum is welcome! Seriously.)

I eventually managed to talk him off the ledge (or rather, the barstool) and peace was restored. Until my daughter got in on the action, insisting she too wanted another sweet. By this point, I was ready to pour a second glass of wine. (Okay, who am I kidding, it was my third…).

Finally, using the power of distraction, the kids abandoned their mission and we could settle down into the evening routine – at which point I really did pour that glass of wine. No judgement, please.

Now, while the sugar monsters sleep, instead of enjoying the rare peace and quiet, I find myself panicking not only about what the next few nights have in store for me (the sweets are still somewhere in the house) but also what next year’s Halloween outing will entail.

It seems every year, it’s not only the décor that gets bigger – cobwebs, skeletons and even a witch’s cauldron come to mind – but the treats too. My bag of store-bought sweets paled in comparison to the packets of candy floss, haunted house-themed cake and Halloween party packs that other mums were handing out. Not that I’m complaining – it means fewer trick-or-treaters knocking on my door, right? But it also means a more intense sugar rush for my kids who looked as if they had won the lottery.

So how can I curb the crazy next year? We could visit fewer houses, but where’s the fun in that? Alternatively, I don’t look for a solution and simply accept the fact that one day a year my children will consume an unhealthy amount of sugar and go to bed at an unruly hour. Okay, who am I kidding? It’s not just once a year. I have Christmas to look forward to next. Where is that bottle of wine? 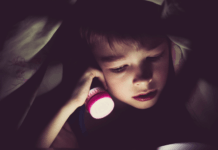 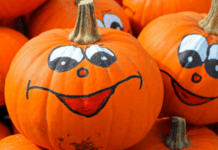 Quick and easy Halloween-inspired recipes the kids will love 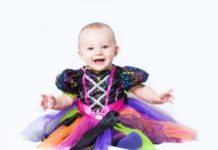 How to get through the winter blues