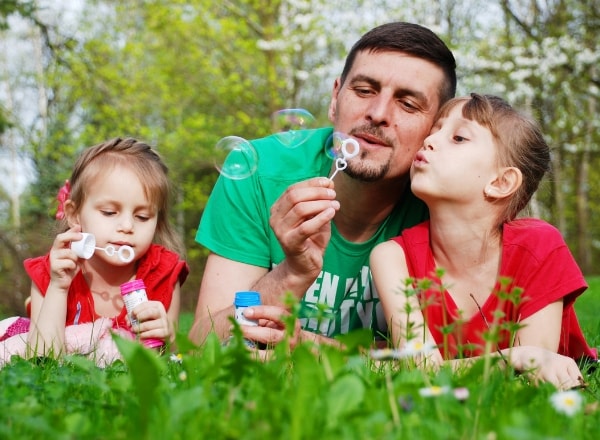 Among the issues worth highlighting this Heart Awareness Month is the increased risk of heart disease among particularly stay-at-home-dads (SAHDs), which is becoming a growing phenomenon globally and in South Africa.

Heart disease already claims the lives of 25 961 South African men annually, and while some dream of leaving their stressful jobs for the supposedly ‘simpler’ life of a stay-at-home-dad, researchers warn that making the switch could have dangerous implications for a man’s heart.

Nicole Jennings, spokesperson for Pharma Dynamics – a firm specialising in cardiovascular health – refers to research that was conducted for the US National Institutes for Health to identify the impact of your occupation on your health.

“As a SAHD, you may not realise how stressed out you are until it affects your health.”

“The study involved 3 600 men and women over a 10-year period and found that men who were house-husbands for most of their adult lives were 82% more likely to die from a heart attack than men who worked outside the home.”

These findings were further corroborated by another US study that was done by Rutgers University among 1 095 married couples over a 30-year period, which confirmed that men whose wives were the primary breadwinners were more likely to suffer from conditions such as stomach ulcers and heart disease, among others.

Jennings points out that the sociologists involved in the study associated the increased risk of these conditions not to the actual stress and demands of a stay-at-home-dad, since many of the challenges that these dads face are universal to parenting. Rather, the social and identity struggles these men experience as a result of no longer being the primary breadwinners are causal factors.

“SAHDs may look to smoking, drinking and eating unhealthily to help them deal with their dented masculinity, which over time increases their risk of heart disease, diabetes and other lifestyle diseases.

“Despite more women entering the workplace and Hollywood promoting the role of the new man in the family structure, many still see themselves as the main providers and feel emasculated when toppled by their wives or female partners that are earning more than them. When their role as primary breadwinner is taken away, their confidence and psyche take a knock, which could lead to unhealthy dependencies and physical illness. Stigmatisation by peers, family members and even spouses or children can also take a toll on a man’s sense of self and masculinity. These stressors all have negative implications for men’s hearts.

“Whether there are men who choose to be the stay-at-home parent or not, the reality is that more SA men are being confronted with this reality as tens of thousands of jobs are cut annually due to our struggling economy,” she says.

Since 2008, South Africa has faced a wave of retrenchments with an estimated 83 000 jobs lost in the past year alone.

Currently, in America, there is a record number of female breadwinners with four in 10 households having a mother who is either the sole or primary earner for the family. That’s four times as many women breadwinners than in the 60’s. In South Africa, there is very little data available in terms of SAHDs, but experts acknowledge that it’s a growing trend.

In a country such as ours, where most men were raised to be the main breadwinners, the shift toward SAHDs hasn’t quite been accepted by the norm and, as a result, men are likely to be confronted by sexist remarks and isolation.

To help men cope with the pressures of being a SAHD, Pharma Dynamics’ team of health experts suggest the following tips to help keep men’s tickers in good shape:

Goodbye hay fever! How to treat your kids’ seasonal allergies