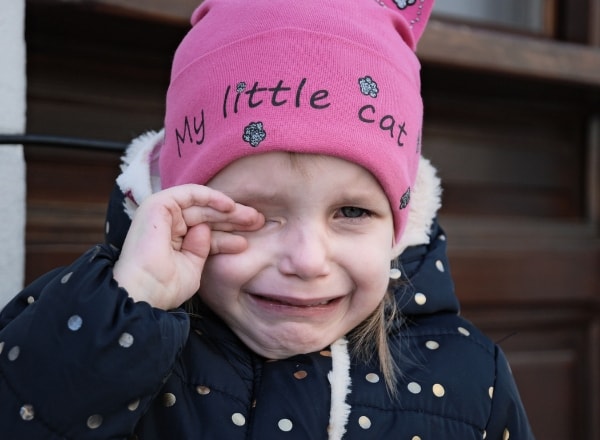 At the moment, in South Africa, parents are allowed to spank their children as long as it falls under ‘reasonable chastisement’ therefore justifying corporal punishment in the home. At the end of 2018, the Constitutional Court considered whether this ‘reasonable chastisement’ was, in fact, permissible and looked to in fact make physically disciplining your children a criminal offence as it violates children’s rights. We take a look at the effect spanking has on a child, when (if at all) it can be permissible, and alternatives to physical punishment that can have a better effect on the child.

The difference between punishment and discipline

It is important to draw a distinction between discipline and punishment. Multiple behaviourists and psychologists describe discipline as “the process of teaching your child what type of behaviour is acceptable and what is not.” whereas the dictionary definition alludes to punishment in order to rectify behaviour.

The table below displays the differences between punishment and discipline:

Discipline serves to teach and is performed with love and concern on the part of the parent. Punishment serves to provide a penalty for something a child has done wrong. It is often performed with hostility, frustration and sometimes anger on the part of the parent. Discipline aims to result in a sense of security in the child, that they have a sense of direction for their future behaviour, knowing that it comes from a place of love within their parents.

Punishment instils a sense of fear and guilt in a child, with a focus on their bad behaviour that resulted in the punishment, and a fear for future incidents that may result in the same punishment. Spanking is a punishment – it focuses on something that a child has done wrong, comes from a place of hostility within the parent, and instils feelings of fear and guilt within a child.

Why do we need a law about this?

While there are many parents in our country who are able to draw a distinction between disciplining their child by spanking them and physically harming or abusing them, there are many parents who are unable to draw this distinction. This may be due to a number of factors such as disciplining their child while angry, personality disorders or personal issues, as well as substance abuse or socio-economic factors.

It is therefore necessary in a country where domestic abuse is rife, for somebody else to draw the distinction, and for rules to be made prohibiting parents from physically disciplining their children. In most situations, children are defenceless and, in a country with unbelievably high incidence rates of domestic violence and violence against children, who is going to help if not the law? A child’s rights and well-being should always be of paramount importance.

Making it illegal to even lightly smack your child can create difficulties for some parents. But it is also thought that creating a law against it will assist in a general declination of violence against members of family and children. Laws against physical punishment can force parents to seek alternatives for how they discipline their children that can have a positive effect on them, instead of negative.

What are the effects of spanking on my child?

Spanking is one of the most widely studied aspects of parenting. Numerous studies have been conducted looking at whether spanking is effective, and the negative effects it has on a child’s emotional, social and cognitive well-being. While in certain situations this effect may only be minor, it has an effect nonetheless. What has also been proven is that there is no evidence that spanking has been associated with positive outcomes and improved behaviour in children – so why do it?

Spanking may arise from situations where parents are frustrated, and other techniques are not working. While spanking may momentarily eliminate or change a child’s behaviour, it does not teach them anything except that when you’re unhappy with somebody you’re allowed to physically harm them in order to get them to either listen, or to get desired results. Your child does not change their behaviour in future because they realise they should or shouldn’t do something, but because they become fearful of your response.

Spanking lets your child know that you have run out of options on how to manage their behaviour. It also lets them know that physically harming somebody is an appropriate way to get a desired outcome. The act of spanking has been proven to increase aggression in children, and no studies have shown that spanking has reduced aggression in any way.

“Discipline serves to teach and is performed with love and concern on the part of the parent. Punishment serves to provide a penalty for something a child has done wrong.”

Inherently, parents are meant to be protectors of their children, a safe space for children to go and obtain support and help. Spanking your child has shown to also diminish the trust relationship between a parent and a child. Instead of a mutually respectful relationship, it can become one of fear and compliance instead of learning and guidance. While some may argue that spanking does contribute to protection of a child, we see below that there are other ways to protect your child from harm that does not involve physically harming them.

What are the alternatives to spaking your child?

Spanking your child does not offer any added benefit that other forms of discipline don’t. There is no special, miraculous effect that it has and it doesn’t allow for better behaviour. While your child’s behaviour might change, this is more likely attributed to their fear of being spanked again instead of their understanding of why a certain behaviour or action is undesirable. So, what do we do instead?

But it’s part of my culture or religion

Toward the end of 2018, Freedom of Religion South Africa (FOR SA) argued that while children should not be abused “reasonable and moderate chastisement” taking the place of physical discipline should be allowed, thus allowing parents the right to physically discipline their child if they saw fit, or if it was in line with religious or cultural views.

This came after the Constitutional Court had found that “reasonable and moderate chastisement” was unconstitutional after a father severely beat his 13-year-old son for having pornography on his iPad, stating that it was within his religious beliefs to do so. Again, a line has to be drawn somewhere between religious or cultural beliefs and abuse of a child.

This issue becomes greater than isolated families or incidences; it becomes part of South Africa’s project which needs to be managed on a number of fronts. Support needs to be offered for parents who are struggling to manage their children in a positive way – whether this be mental health support or support in how to parent differently. Parents need to be encouraged to respond to their children in ways that work for both parties, and leave both parties satisfied with the outcome of a situation.

We need to transform our thinking within South Africa, where we can take cognisance of the religious and cultural beliefs of others, and also not let our beliefs shroud what is considered to be of more importance – our child’s well-being. While a ruling that makes spanking a criminal offence may be a start to this, there is a way to go to ensure the people of South Africa are on board, and have the alternative support they need.

Should parents ask their children to apologise? 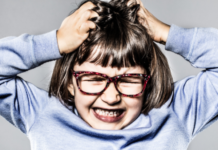 Why toddlers have tantrums, how to avoid them & discipline techniques

Family games to try in lockdown

The benefits of Bowen therapy for all your aches & pains