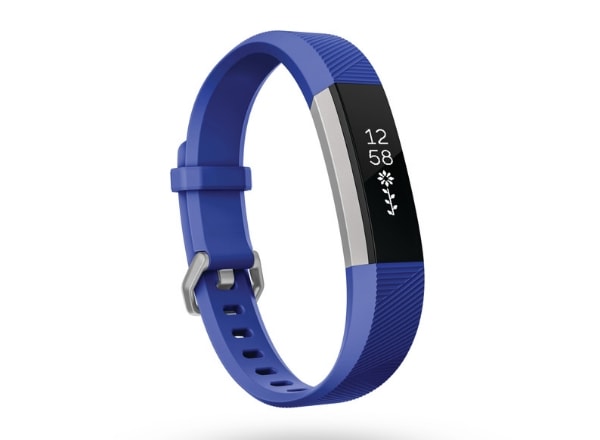 When BabyYumYum was asked to review the Fitbit Ace for children aged 8+, we thought who better to test it out than a child – after all, this is the intended market and young children are honest to a fault. Fortunately, a member of our team has a very active, sporty 10-year-old who fit the bill for the Fitbit test.

Robyn Woods shares that her son, Tane, regularly asks if he can borrow her Fitbit, so when he got the opportunity to try out the Fitbit Ace for three weeks, he was more than thrilled to share his experiences.

I love the idea of tracking my activity, but tracking my sleep was super cool! One night my little brother, Seth, woke me up at 3am thinking it was time to get up. Thanks to my Fitbit Ace, I could show him that it was still the middle of the night.

But the really cool part was showing my mom the pink line at 3am on the sleep tracker on the Fitbit app, which showed that I was awake at that time. I also loved knowing how many hours of sleep I was getting. I was on holiday, so wanted to get in some extra hours.

I found the app easy to understand and use. We didn’t set any challenges, though, as I was already getting over the 10 000 steps per day.

“We only had to charge the FitBit Ace once a week – I have not seen such a long battery life in a device in ages. Very impressive!”

The Fitbit Ace was comfortable to wear and very easy to put on and take off again. I didn’t like the colour as I don’t like purple, but I think an orange one would be great. However, my friends thought I looked super cool, which felt good.

I decided to take it off during my cricket matches, as it got in the way of my gloves when I was batting and I didn’t want to risk it being hit by a ball.

Being that it was school holidays, I did a lot of activity from swimming and cricket to running, rugby and climbing (on the one day I did 26 007 steps!). It was a daily challenge to do more than the previous day.

I loved the Fitbit Ace – my brother and I are hoping to get one for Christmas.

I loved seeing Tane so interested in his activity and I’m lucky in that he is a very active, sporty boy. He is always playing some sort of sport at home with his brother or at school.

I downloaded the app on my phone and Tane could then access it when he wished. It was user-friendly and the Kid View was simple to understand.

Steps are a simple way to track activity, and something kids can understand. Being so active, he easily reached the 10 000 steps, so I think there should be an activity level measurement that can be selected as part of the setup. For example, 10 000 (quite active), 15 000 steps (very active), 20 000 steps (super active). This might drive children of every ability to increase their daily activity.

I enjoyed the morning and bedtime alarm function, as this allowed for a greater level of self-sufficiency in my son. Also, the battery life was the greatest surprise for me! We only had to charge the Fitbit Ace once a week – I have not seen such a long battery life in a device in ages. Very impressive!

Overall, I think the Fitbit Ace is a great device for kids and it even functions as a watch, which means they will be allowed to wear it to school. Both my boys have made it very clear that the Fitbit Ace would make a wonderful Christmas gift (for them, of course!) and, as a parent, this is one gift I would be very happy to purchase.

Tane and Robyn break down their top points:

The Fitbit Ace is available at Takealot and select retail stores nationwide for R1 899 (increased from 1 October 2018). This may feel a bit pricey, but as a mo,m I’m prepared to save towards it if it means I can keep track of my children when they’re awake or asleep. Overall, we rated the Fitbit Ace a super cool 8.5 out of 10!

Tested by mom Robyn and her son Tane Woods (10)