By the end of this week, you will be done with your first trimester. Congratulations! Making it to the end of the first trimester significantly reduces the chances of losing the pregnancy, so this is a milestone that you should absolutely celebrate.

By now your baby is between five and six centimetres tall from head to bottom, weighing between 8 and 14 grams and about the size of a plum.

Your baby at 12 weeks

This marks the end of the first trimester and your baby’s heart will be beating very quickly now, at about 160 beats per minute, or roughly twice as fast as yours. From now on, their growth and development along with their range of motions will multiply exponentially week after week. Your baby’s head now has a well-rounded shape and they are also able to open and close their mouth, along with yawning, hiccuping and swallowing.

Additionally, all his internal organs are exactly where they should be and are actively performing their various functions. For instance, the kidneys have started producing small amounts of diluted urine and the bladder is gradually filling up. The vocal cords are also fully formed. The foetal nervous system is also developing and the pituitary glands are secreting many hormones. The brain is also developing rapidly.

Externally, your baby has well-defined fingernails and toenails. A large part of their body is covered in soft hair. The genitals are also quite well defined by now, although it’s not possible to tell with 100% accuracy what gender your baby is on a scan.

Your body at 12 weeks

By the 12th week, you might still be dealing with chloasma, which are dark spots that may appear on the skin of your face. Additionally, you may get a dark line straight down your abdomen. This is called the linea nigra (linea alba before pregnancy), and it is caused by a build-up of oestrogen in your body. Most women’s linea nigra lines will disappear on their own after a few weeks or immediately after giving birth.

You will likely have gained between 2kg and 5kg, and the size of your uterus will have increased significantly. It now pushes up above the pubic bone.

Internally, your body will experience an increase in blood flow. Lots of blood will be making its way around your body and to your baby. Your hormones will also activate the sebaceous glands on your skin and throw them into overdrive. The result of this is that your skin will likely look fresher and healthier (the pregnancy glow).

You may also notice that any freckles or moles that you have will darken. Small red lines may also appear on your chest and legs.

The good news is that your morning sickness is likely a thing of the past. In 60% of pregnant women, it will disappear by week 12. For 30% of women, it should be gone by the 16th week.

Taking care of yourself during this time

At 12 weeks of pregnancy, most women have the first major ultrasound. There should be three main ultrasound procedures over the nine months of pregnancy, spread out over a number of weeks. In this first one, you should be able to see your baby’s movements for the first time. You should also get your first estimate of the expected date of delivery (EDD). This date might change as the pregnancy progresses. Only about 5% of pregnancies will meet this first estimate.

From the ultrasound, your doctor will be able to identify your baby’s hands and feet, the spine, aspects of brain development, the stomach full of fluid, and the bladder. To your untrained eye, all you will see is a cute baby floating in fluid. This week’s ultrasound is also used to examine foetal viability. It will determine the thickness of the nuchal fold, an area behind the neck of the foetus that is considered a marker of genetic alterations like Down syndrome and Turner syndrome.

If the thickness is greater than three millimetres, which is the average that is considered normal in the 12th week of gestation, there may be a greater risk of Down syndrome. If this is the case, your doctor may recommend performing an amniocentesis from the 16th week of pregnancy, or a corial biopsy (or chorionic villus sample) to confirm the diagnosis. 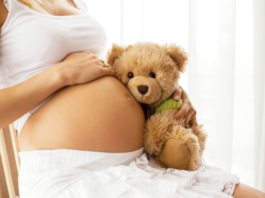 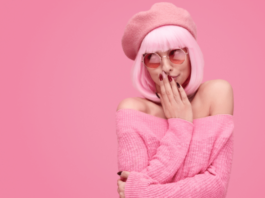