April is International C-Section Awareness Month so we reached out to our moms to share a bit about their positive experiences and things they didn’t expect delivering their babies via caesarean.

I had an emergency C-section because my baby was too big and went into distress. The anaesthetist and my gynaecologist explained the process, and the theatre nurses were so kind and patient with me. They even went as far as shaving me. Once I was on the table in the theatre, the doctor kept the conversation going – it was as though I was talking to my friends (although I don’t remember much of the conversation because I was so drowsy).

I remember my gynae telling me that my baby’s head was engaged so she asked the paediatrician to help her. They shared a joke which I didn’t really understand, but everyone in the theatre laughed. The paediatrician was so sweet. When my baby was out and started crying, she asked me to share the gender of my baby with the room and asked what her name was. My first week of recovery was very painful, but after three weeks my I felt healed. All in all, I had a very pleasant experience with the friendliest people.

I have had two C-sections. The first was an emergency as I went into early labour at 35 weeks and wasn’t dilating. My baby was going into distress so we had to go with a C-section. When he was born, he went to NICU but didn’t need to stay long as he was a strong little man. I wanted a VBAC for my second baby but that didn’t go as planned either. My stubborn little madame refused to turn into the birthing position even after we had tried all the tricks to get her to turn. We decided to have another C-section and I recovered much better after the second one than the first as I knew what to expect. All that matters is that I had two beautiful, healthy babies who were delivered safely.

“I was so ready to meet my baby that I had him book me in the following day. This was the best decision I have ever made!”

I had an elective C-section in January last year. I had never had a major operation before, so I was really nervous and not quite sure what to expect. I had also developed gestational diabetes in the second trimester, so my baby was a lot bigger than expected. She weighed 3.7kg at 38 weeks, so my gynae recommended a C-section for both my baby’s and my health. Overall, it was the most amazing experience giving birth to our beautiful baby girl. I had a great doctor and nursing team. I recovered quickly and only have a hairline scar.

I wanted a natural delivery and we were planning to induce at 38 weeks due to my blood pressure. I went for my scan and the doctor said that the umbilical was wrapped twice around our baby’s neck so he would have to do a C-section. I was so ready to meet my baby that I had him book me in for the following day. This was the best decision I have ever made! I had the most amazing C-section experience on 20 December 2019. I went in on the Friday morning, my baby was born at 9:53 and I was discharged before breakfast on the Sunday. I had an amazing doctor and the nurses were outstanding!

I have had one baby and one C-section. It was the most pleasant experience even though I was shaking I was so nervous. I had the most amazing theatre sister and the best paediatrician who took lovely photos for us. My anaesthetist was also brilliant – I had no local anaesthetic for the epidural and felt nothing. I heard the doctors talking about the holiday and other general conversation; everything was so chilled. My beautiful baby cried so sweetly when he was born. I’m so glad that this is an option in South Africa. I was a little sore afterwards, but was quickly up and running.

I was induced for a week with medication and drips but my baby wouldn’t come. I had an emergency C-section, which was quick and painless – apart from the two injections in my back. The recovery was really painful but so worth it. Also, I wasn’t prepared for the shakes during recovery. 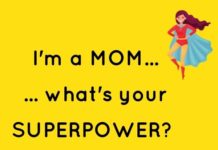 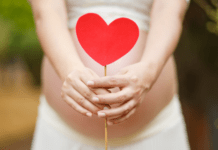 What is HypnoBirthing® & how does it work? Here’s everything you need to know… 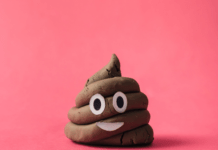 I had a state hospital birth and I liked it!