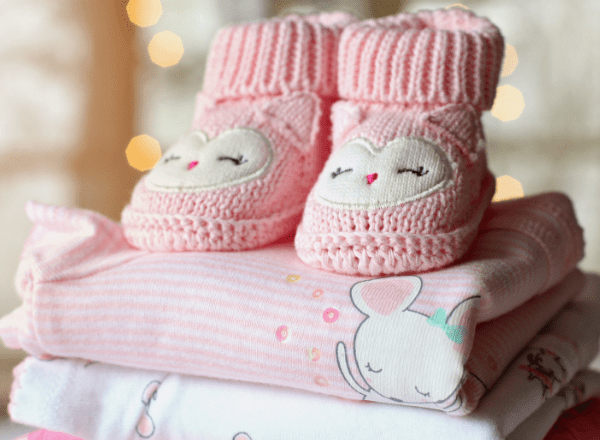 Forget the gender pay gap, what about the gender price gap? While we’re all too familiar with the higher costs of some women’s products in comparison to men’s, it turns out price discrimination isn’t just an adult issue – raising girls can potentially cost you more than raising boys.

A quick glance down the beauty aisle of your local supermarket makes it glaringly obvious that being a woman comes with a hefty price tag. Products like razor blades and deodorant are often marked higher for women than they are for men – and let’s not get started on the price of sanitary products. This price discrepancy is called pink tax – and, apparently, it’s not limited to beauty buys.

In the UK, research conducted in 2018 by Channelmum.com found that a jacket for boys at local supermarket Asda, cost almost two pounds less than the same jacket by the same brand for girls. At Marks & Spencers, the UK equivalent of Woolworths, a pack of boys’ briefs was also marked down by two pounds in comparison to the same pack for girls. And they are not the exceptions. According to this research, on average, girls’ items were priced at 21% higher than the equivalent item for boys.

“The so-called ‘pink tax’ is bad enough for adult women, but a pink tax for tots is just plain wrong,” says Sibohan Freegard, founder of ChannelMum.com. “There’s simply no justification for charging more based on gender. An item which is the same or similar should have the same or a similar price tag, regardless of which gender wears or uses it.”

A study released in December 2015 by the New York City Department of Consumer Affairs made similar findings after comparing the male and female versions of nearly 800 products on sale in the city — including children’s toys. On average the female items cost 7% more. In fact, one of the biggest price discrepancies was found when comparing the cost of a pink scooter with that of a blue scooter – the latter being 25 dollars cheaper!

It seems some local retailers are just as guilty. When doing a bit of online shopping recently, I noticed that the items in my basket for my daughter were more expensive than those for my son – starting with toys. A scooter for my daughter was priced at R519, while the exact same one (but in blue) was marked down to R489. A basic sweater at one clothing store cost R299 for my little girl, while the same sweater was R40 cheaper for my boy.

Browsing the online site of another popular retailer, I noticed that a pair of everyday mesh sneakers for girls cost R10 more than the exact same pair for boys. The sizes were the same, only the colours differed, which begs the question: how do manufacturers or retailers determine their price points? Surely a more feminine colour can’t cost more to manufacture?

Blame it on value pricing, say pricing experts. The pastel hues, extra sparkle and cute embellishments that make girls’ clothing so appealing also bump up their cost, as these details are seen as justification for the more expensive price point.

“Essentially, one can argue that the price is not determined by actual value but rather by perceived value, which implies gender-based pricing is, quite possibly, led by gender-bias consumer psychology…”

Essentially, one can argue that the price is not determined by actual value but rather by perceived value, which implies gender-based pricing is, quite possibly, led by gender-bias consumer psychology – women have earned a reputation for being willing to spend more than men, particularly when it comes to clothing.

While this gender-based pricing isn’t evident across the board – in fact, in some instances, boys’ items are more expensive than girls’ ones – and doesn’t seem to impact baby essentials such as nappies, dummies and teething toys for instance, it does raise questions about gender stereotyping and gender discrimination within the retail industry.

Not only do these pricing systems impact on a parent’s bottom line, determining prices based on gender also makes it difficult for parents to do accurate price comparisons. According to the same research by Channelmum.com, more than a third of the parents surveyed would support a move to make all children’s clothing ‘gender neutral’ for this very reason.

Fortunately, there does seem to be a move towards this with retailers across the globe shifting towards the use of colours and styles suited to both genders, and some celebs, like Celine Dion, dipping their toes in the fashion waters with a gender-neutral kiddies’ line.

However, in the same way, the debate on the gender pay gap is still raging on, the gender price gap – and the controversy surrounding it – is not likely to disappear overnight. But, if parents become more aware of their shopping habits and what they are spending their money on (and why), perhaps we’ll see pink tax become irrelevant and slowly disappear altogether.

Stop the stereotypes!
‘Sweet as can bee’ baby shower 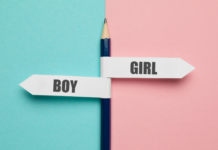 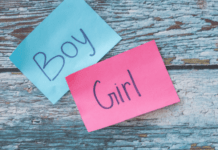 How to spoil Dad this June