Finally! In November 2017, Parliament adjusted parental leave and benefits to better reflect the kinds of demands that parenting puts on working adults. People may moan that enough is never enough, but let me tell you, every little bit helps. More specifically, for the first time, we’re not talking about maternity or paternity leave, but rather parental leave.

Paternity leave in South Africa in 2018

This is pretty ground-breaking stuff and we’ll get into the actual amount of leave in a second, but first allow me a brief moment to squeal. I’m squealing because this amendment to the law doesn’t just pertain to moms or even just dads, but dads that have dads for partners and partners who have partners whose genders are neither mentioned or relevant. PARENTS, people!

What paternity leave are fathers entitled to?

Now let’s get to the good stuff. Where mothers and fathers only got three days a year family responsibility leave before, we all get 10 days a year now! This means that finally, moms don’t have to dig into their annual leave when the children are sick. This amendment also acknowledges that fathers should be (and are more) involved in their children’s lives. It shows that the generational legacy of absent fathers is changing.

Traditionally, when a baby is born, or when you adopt, the mother is entitled to six weeks maternity leave in South Africa, although this leave does not have to be paid leave. The law only requires that her job be kept for her for up to four months after the birth of her child. Men, on the other hand, only have their family responsibility leave to fall back on, and usually end up having to tap into their annual leave when their three days are up.

“This new legislation offering fathers more paternity leave might allow and encourage men to step up and share the burden.”

With this new law, an adoptive parent of a child under the age of two years will be able to spend 10 weeks at home with their partner and new baby. Where there are two adoptive parents, one will be entitled to the 10 weeks and the other to the 10 days’ parental leave. These initial moments of bonding are some of the most valuable and precious moments, least of all because the mother could use the sleep!

People always seem to think you need this leave the most when you have a new baby, but it goes so much deeper than that. When you have a new baby, the world tends to give you a break. Everybody is expecting you to be exhausted and confused, and you have a cuddly, adorable human to show for the dark rings under your eyes. But a few years down the line the attention has shifted; you’ve still got to earn a living and your adorable child has now become a decidedly larger, dirtier and less adorable bundle.

There is little sympathy or allowance for the endless nights spent cleaning up puke, taking temperatures and camping out on the couch with sick kids. This issue is doubled with every new child you have, not forgetting the distinct possibility that kids infect each other. This inevitably creates a domino effect that spirals into multiple sick days, doctors’ visits and, if you have an unpleasant boss, looks of deep suspicion when you get back to work. Because moms are generally considered the primary caretakers when a child is sick, she’s the one who must bear the brunt of the caring, along with the guilt and stress.

This new legislation offering fathers more paternity leave might allow and encourage men to step up and share the burden. So, dads, the next time somebody sees you with your kids at a doctor’s office and says something along the lines of “Giving the wife a break?” correct them with a “No, I’m a father.” You tell them: “I’m fathering my children.”

Are you pregnant? These are your rights in the workplace 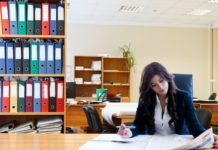 Barriers for women in the workplace 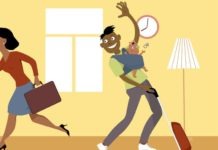