I absolutely adore kids – it’s one of the reasons I became a preschool teacher. We just connect and understand one another, so when I became pregnant with my first baby I was over the moon!

Everyone told me what a natural I was with children and how easy it was going to be with my own baby. I guess in the back of my mind I thought they must be right. After all, I love children, so how much more would I love own bundle of joy?

I had an easy pregnancy and wondered if that was any indication of the way things would unfold after our baby was born. My husband and I are easygoing, so surely our baby would be too?

“To this day I remember the article I came across that saved me […] It spoke about the fourth trimester and how certain, if not most babies, need an adjustment period after birth.”

After the birth of my son, we soon realised that this little man of ours had plans of his own. Certain things he wanted done in a certain way. He wanted to be held all the time and cried whenever we put him down. He refused a dummy as well as the bottle and only wanted me. Let me rephrase – he only wanted his boobies all day long.

At night we had to sleep with him in our arms or else he’d wake up. I felt trapped because I couldn’t move anywhere or do anything without him. Sometimes I didn’t get to eat or drink anything until later in the day; other days I never left the couch. Most of the time I could only shower when my husband came home from work.

I didn’t understand why he was so attached, so clingy and needy. I mean, I’ve been around countless babies and none of them were like him, NONE! They were the way I envisioned babies to be; sleeping all day, laying peacefully in their cribs with a dummy in their mouths while the doting parents watched them in awe.

I started reading up about attached babies and came across countless articles. I wanted answers. I wanted to know what was wrong with my baby and what I was doing to make him like this.

To this day I remember the article I came across that saved me – the first of many others that has helped me along this journey. It spoke about the fourth trimester and how certain, if not most babies, need an adjustment period after birth. I sighed with relief; my baby was normal, this was normal. Why didn’t anyone talk about this and why is it often viewed in such a negative light? I had no clue that this was normal infant behaviour.

This started a change in me that sparked many more as time went on. I started to connect with other moms going through a similar experience, joining groups and discussions. I felt like a weight had been lifted off my shoulders, like yes! I can do this; I am not alone and it is only for a season.

Now, I’m one year in and my Velcro baby is becoming a confident, independent, smart, curious and adventurous little boy! He still loves his boobies, still hates the dummy and bottle, sleeps next to me at night and still contact naps in the day, but I know it won’t be for long. Soon he won’t need me as much, so, for now, I will snuggle with him just a bit longer.

How to look after a newborn: everything you need to know about umbilical cord care, poop & sleep 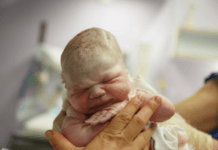 Meeting your newborn for the first time 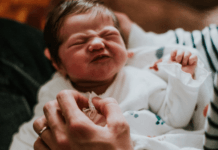 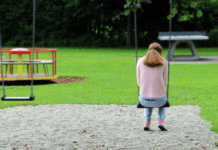 My baby lost his fight to survive 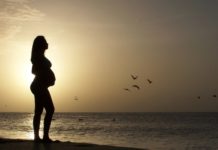 5 ways how HIV is transmitted