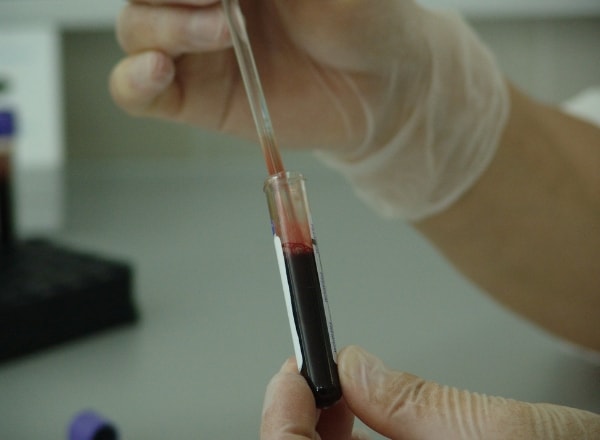 The lymph system is a series of lymph nodes and vessels that move lymph fluid, which contain infection-fighting white blood cells, through the body. Lymphoma is a type of blood cancer that develops in the lymphatic system, when errors occur in the production of lymphocytes resulting in abnormal cancerous cells.

In an effort to create awareness for the disease, South Africa commemorated World Lymphoma Day on 15 September. Kgothatso Motumi, Roche’s Head of Medical Affairs, provides a few facts and symptoms South Africans need to look out for and be mindful of.

Lymphoma is a cancer of the lymph nodes and lymphatic system. The two main types are Hodgkin and non-Hodgkin, the most common of the two being non-Hodgkin. Lymphomas can start anywhere in the body where lymph tissue is found, such as the lymph nodes, spleen and bone marrow.

What are the symptoms?

The signs and symptoms of lymphoma are similar to those of illnesses such as viral diseases and the common cold, but they continue for longer than would normally be expected. In some cases, people will have no symptoms; however, patients may notice swelling of the lymph nodes, which is the main visible symptom, often in the neck, groin, abdomen or armpits.

The enlargement of lymph nodes is usually painless, but sensitivities may occur when enlarged glands press on organs, bones and other structures, which can often be confused with common pains such as back pain.

Lymph nodes can also swell during common infections, such as a cold, but when someone is infected with lymphoma the swelling does not go away. Pain is also more likely to accompany the swelling if it is due to an infection.

How is it diagnosed and treated?

Most lymphomas occur in people aged 60 years and older; however, that doesn’t mean that children and young adults aren’t susceptible to the disease.

There is still much research being done to understand the disease in order to determine avoidable risk factors and there really is no way to prevent lymphoma, except for living a healthy and balanced lifestyle. However, survival rates following early detection and a personalised treatment plan are high.

A person with a weak immune system is more at risk, such as diagnosed with HIV or AIDS, or someone on medications after an organ transplant. This is because lymphoma attacks the body’s system of transporting white blood cells in order to fight infectious diseases.

Treatment of lymphoma varies on the stage and type of lymphoma one is diagnosed with. Therapy will include a mix of solutions, often combining chemotherapy, radiotherapy and immunotherapy to slow the cancer’s growth and boost the immune system.

The treatment plan will be shared by the patient’s haematologist, physician, oncologist and pathologist following diagnosis.

“Too often the symptoms of blood cancers – lymphoma in particular – are misdiagnosed for the common cold and regular aches and pains,” says Motumi. “This World Lymphoma Day, we urge South Africans to see a doctor about these symptoms, as early detection is key in leading a healthy, cancer free life,” she concludes.

Abnormal Pap smear: What does it mean?
Keeping your motor running