BabyYumYum.co.za
Home Influencers Is “panda parenting” the key to a child’s success?

Instead of pushing their kids to succeed (tiger), hovering over them and helping them with everything (helicopter) or helping to clear every obstacle in their way (lawnmower), a panda mom guides her child instead of pushing, and allow them to follow their own path, with the support of their parents.

Coined by US author and teacher Esther Wojcicki, panda parenting is also about encouraging your kids to take responsibility and learn from their mistakes. It’s about patience, love and gentle guidance, and, according to Wojcicki, it combines hard and soft techniques to offer the “perfect ratio of cuddliness and claw”, and allows kids to gain their own sense of self-responsibility.

Wojcicki has two pretty good proof points behind her approach – her daughters Susan and Anne, both two of America’s richest self-made women. Susan, the oldest of Esther’s three daughters, was Google’s 16th employee and is now the CEO of YouTube. Anne, the youngest, gets her fortune from 23andMe, the $2.5 billion genomics company that she co-founded. Her middle child, Janet, a professor, is in the academic field.

According to Forbes, Wojcicki said that she knew that if she challenged her daughters early, they would grow into independent and critical thinkers. “I didn’t give them anything, even when they were little,” said Wojcicki. “They had to earn it.”

“…panda parenting […] combines hard and soft techniques to offer the ‘perfect ratio of cuddliness and claw’, and allows kids to gain their own sense of self-responsibility.”

Her panda parenting model is based on TRICK: trust, respect, independence, collaboration and kindness. She says that her daughters were never afraid to tell her anything, and they were empowered from an early age to make their own money and spend it however they thought they needed to.

“As a parent, you have to keep it zipped,” Esther told Daily Mail in an interview. “Panda mums aren’t lazy. What they do is give children scaffolding to let them go free. Instead of always intervening, you only help when they need it.” She believed in the method throughout her daughters’ young lives, and when Anne wanted to drop out of Yale and be a nanny, she didn’t intervene. Anne later changed her mind.

She also has advice about screen time. “You have to compromise. Let children have two hours screen time, with one hour on apps you think are important. Then, during the other, they can play on ones they think are important,” she says. She also points out that parental control only works until they are 14, after which one can only “respect your kids’ ideas and preferences, otherwise communication shuts down, just when they most need your support.” 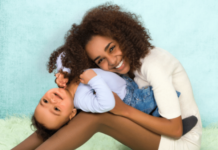 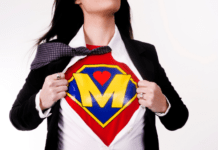 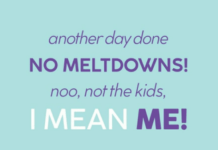 5 must-dos before packing your hospital bag