Home Influencers Is it really necessary to plan a fancy birthday party for your... 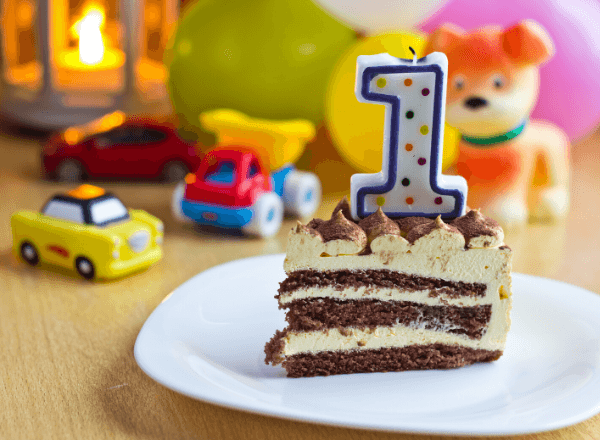 It was warm and windy in that particular Cape Town summer way, and my pregnant wife and I were rushing to a surprisingly important event. We had managed to pack everything we needed to make the party a success, including the Guest of Honour himself… who was at that moment was sleeping in his car seat in the back, blissfully unaware of just how tense the atmosphere during that ride was.

That was fortunate, because we wouldn’t want our stress to ruin his first birthday.

We were racing to get to the park where, in less than an hour, friends and family would descend with the expectations of a celebration of the highest order. Or, at least that’s how we felt. This was, after all, the first birthday party we had to organise as parents, and we desperately wanted to make it a good one.

Actually, I’m going to be honest here, which in this case is going to be tough because it involves criticising my wife. The reality was that I didn’t care about the birthday party much – she did. Don’t get me wrong, I definitely wanted to celebrate one whole year of life for my firstborn, but to me that just involved some cake and family.

My wife, on the other hand, LOVES big parties, probably because that’s what her mom did for her when she was growing up. Special cakes, organised games, lots of friends over, etc. It’s what was possible when your mom worked at home and your birthday is in March. I’m an early January baby, when Christmas and New Year’s have smashed people’s energy levels and wallets. My birthdays were toned-down affairs, and I was fine with it.

My wife also suffered from two debilitating diseases: Compare-itis and Pinterest-o-phillia. One forces you to look at what the people around you are doing to make sure you at the very least “keep up”, and the other gives you access to every pretty idea ever thought up in the history of mankind.

Oh… and she was just finishing her third trimester, which obviously didn’t help with the feelings of being overwhelmed.

Let me just pause here for a second to remind everyone that my wife is an incredibly accomplished human being who is an asset to her country, community and family – and what I’m talking about here is one tiny flaw that actually just makes her more interesting.

Oh, and she’s beautiful. If you’re reading this… love you darling!

Okay – I think I’ve embarrassed her enough that she’s left. Here’s the deal: she kinda went crazy with that first birthday party, and I wasn’t mature enough or aware enough to help the situation. We fought and argued about that day WAY more than is reasonable.

Why did we do this to ourselves? Well, maybe Compare-itis is lot more common than we would like, and who can blame us? If you think it about it, our entire lives, from the moment we start school, is about comparing ourselves to other people: Who got the better grades? Who got into the better sports team? Who has the nicer house and car? Who has the more attractive partner?

We all do it so it’s no wonder parents, especially new, excited parents, fall into this trap for their kids’ birthday parties.

Which is why I have a solution: change who we are celebrating on that first birthday. Let’s celebrate the parents! Yes! They are the ones who survived that first year of sleeplessness, stress, diapers and everything else new parents go through. They deserve to be celebrated, not some baby who slept through it all.

“I think more than the details of a birthday party, kids remember the feelings of a party.”

Okay, so some people won’t like that idea. They can’t all be winners.

After that first birthday, we seriously toned down the next. We focused on enjoying the time with friends and family, and as our firstborn got older, we realised that he actually doesn’t actually like that much attention on him. So, we toned it down even further: just a few of his best mates, in a park, with all sorts of treats and ice-cream cake – which kid would want more than that?

And let me tell you, he LOVES it, and so do we. It’s easy to love something when you aren’t stressing about it.

Now, maybe you’re the kind of parent who does go all out for their kids’ birthday parties and that’s fine (some of our best friends are just like you!), but can I ask you to really dig deep and ask yourself why you go to such lengths? Is it because you feel guilty? Because you want to throw a party that’s at least as nice as your child’s friends’ parties? Because you think it’s what is expected of you?

Honestly, I think more than the details of a birthday party, kids remember the feelings of a party. Were mommy and daddy stressed before and during, or were they having fun? That’s what sticks, so let’s focus more on that, shall we?

(And a glass of wine for the adults won’t hurt either).

How much does the tooth fairy pay per tooth in South Africa?