Home Articles Parenting Real life story: What it’s like to become a stepmom & how...

When my husband and I married, he already had two children. Many people worried that I was going to treat the children differently as they weren’t biologically mine. Some friends said to me that I wouldn’t be able to be fair with them; that they would want their dad’s attention and it would make me feel lonely and competitive.

However, I understood that they were kids and they needed their father, and I wouldn’t want it any other way. When we decided to get married I had already been in their lives for two years – they were still very young, aged three and four at the time. I was already part of their lives, having spent every weekend with them, and we had a very close bond.

To be honest, it wasn’t easy to juggle in the beginning. I was used to caring for other people’s children, but becoming a mom overnight was challenging. It was challenging because they needed to get used to our home rules, which differed to their mum’s. My husband and his ex-wife did not see the bigger picture at the beginning and so our relationship was constantly strained because the kids and I were pulled in two different directions. Having a background in psychology, I knew the effect this would have if our relationships weren’t resolved.

ALSO READ: 10 of the weirdest facts about children that scientific studies have proved to be true

Stepfamilies: how to make it work

We worked hard to make it work. I needed to provide his kids with love, care and stability all the while managing my own emotions and coping with the change too. I was grateful that mothering came naturally to me, but not without its trials. I was used to quiet and now I had a busy house – I needed to adapt.

“For many people, being a stepmom and having stepchildren is so unnatural, but let me tell you – our family is the new norm.”

We tried having a child together, but this didn’t come easily. After two miscarriages, I thought that being a stepmom (as others would refer to me) was probably the only form of motherhood I might experience. I love my stepkids and they were as much mine as they could be – they even called me Mum Number 2.

How becoming a stepparent changes you

The thing about kids is that they teach you the most amazing lessons. I spent time reading to them and teaching them to read, watching them grow and they made me grow too. Two years after we were married, I finally became pregnant with our rainbow baby. I believe that the love I had for his siblings fuelled this amazing little gift and God knew when the time would be right for me to conceive. Even though they weren’t mine biologically, my children taught me love, care and compassion.

READ NEXT: This is why children DON’T come with an instruction manual (an honest mom’s opinion)

For many people, being a stepmom and having stepchildren is so unnatural, but let me tell you – our family is the new norm. The bond my son has with his siblings is the closest I’ve ever seen in siblings. From birth, they have always been helpful and hands-on with their little brother. My daughter wants to help change his nappy and sit with me when I feed him. To me this is priceless. When his siblings leave after a weekend, he has this look of sadness and that is the closeness they have. He knows when they leave and come back. Even though my stepkids don’t live with us, our 18-month-old remembers them and calls out their names, and he simply lights up when he hears their voices.

That is the bond they will remember. There are many occasions I find myself crying because I can’t explain to my young son why his siblings aren’t always around, but one day he will understand. For now, I thank God for my gift of children and for the amazing, innocent love they share as siblings. 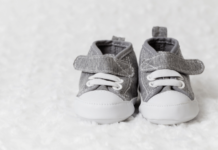 What it’s like to be pregnant again after a miscarriage 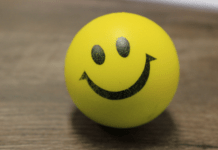 Corvid-19 during pregnancy: all your questions answered

A Twitter thread about how having strict parents affects you as...