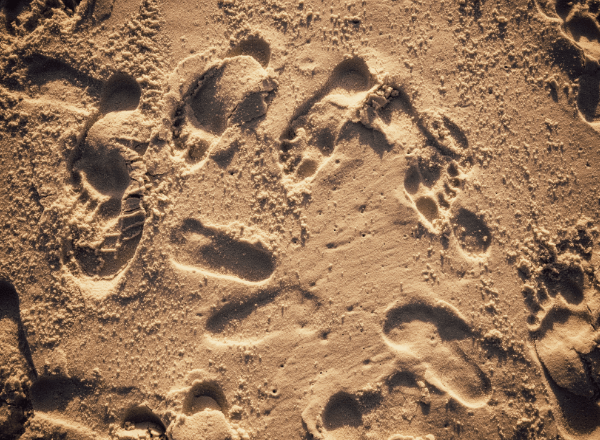 Growing up, I never dreamt of being a princess bride, or having a house with two-point-five kids and a dog (although pets were always going to be in the picture!). In fact, I don’t really remember thinking about being an adult in general. Yes, I had a Baby Love doll for a while, and then a doll with long blonde hair that I adored – until I unfathomably chopped off her golden locks one day. Of course, she was never the same again. I also had my beloved Sindy doll (the UK version of a Barbie) which I played with until I hit my tweens.

I remember my racetrack that I could build with my father and we’d spend hours practising our F1 skills. Also, our swingball set where we could smack a ball on a string round and round – or how we’d extend our dining room table, attach a net and have a go at “table tennis”.

One of my fondest memories was “playing teacher”. I had a chalkboard and would line up my stuffed toys and dolls for a front-row seat while I’d teach them what I’d learned at school that week. This was serious business. I used my pocket-money to buy little A5 books, a red pen and star stickers, and I’d write the work I’d covered that week in school in each book. Of course, there would be an excellent, good, average and poor performer in my class.

After my meticulous “lesson planning”, I’d set up in the garden or our Wendy House on a Saturday, and class would begin. This is the only thing I can remember from that far back that would consciously influence my life choices as an adult because, despite my initial resistance to the idea and insistence on taking a gap year before deciding what I’d study, I ultimately chose a career in education.

Still, as a teacher, I never thought of adding a husband and children to the mix. The children in my classes were my children 24 hours a day for each year I had them and have left their footprints on my heart – all thousands of them. I never understood how my colleagues could wrap it up at the end of their day and then leave for their homes and families, and I admired them in a way for appearing to have nailed the work-life balance notion. I watched my friends marry and fall pregnant, and I fended off the inevitable questions of when I was going to settle down and start a family.

When you disclose your lack of progeny, the comments come like “why don’t you consider freezing your eggs?” or “you don’t have to be married to have children” or “why don’t you think about it, you’d make such a good mother?”

At that stage, I also had nieces and a nephew who kept me extremely busy, so I didn’t worry too much about the often insensitive comments from others such as “you know you’re not getting any younger” or “the older you get the more dangerous a pregnancy can be”, or even “you don’t want to look like a grandmother at your own child’s graduation”.

It was only when I hit my mid-thirties and had been out of teaching for two years that I even considered marriage and children for the first time. I was involved with someone with whom I could imagine a future, and while I still wasn’t fantasising about white dresses or picket fences, I was certainly thinking of commitment (perhaps an exchange of loving words on the pitch at an empty Lord’s stadium, or in the bush where no one could join us).

In fact, I did fall pregnant but miscarried early on without ever discussing this with him. For reasons bigger than ourselves and too painful to think about, we didn’t work out and I’ve never had those “happy family” thoughts again. By then I’d also been diagnosed and treated for bipolar disorder, and was adamant that I didn’t want to pass this on to any children I might one day have – just another reason not to procreate.

But still, people would ask about children, and it is often assumed that when you’ve reached your forties you already have a few chicks in the nest.

When you disclose your lack of progeny, the comments come like “why don’t you consider freezing your eggs?” or “you don’t have to be married to have children” or “why don’t you think about it, you’d make such a good mother?”

As my eggs slip away and I start counting down to infertility, I admit I have given more thought to children, but not in the way you might think. I am not desperate to be a mother, but I have thought about missing out on the experience of being pregnant. Isn’t that what our bodies were ultimately designed for, after all?

I have thought of legacy and how I will be remembered once I have passed on. I am also the last one to hold our surname in our family, so it dies with me. I have occasionally thought about that and known that should I have a child, they would hold my surname.

But is all this enough to take extraordinary measures like fertility treatment to have a baby? Truth be told, I do make up excuses (although quite valid ones) about not having the financial and physical resources and support to go it alone (I would always want my child to have the best quality of life and opportunities) and if I really think about it deeply, the idea of being a mother to my own children terrifies me just enough to bury those thoughts again.