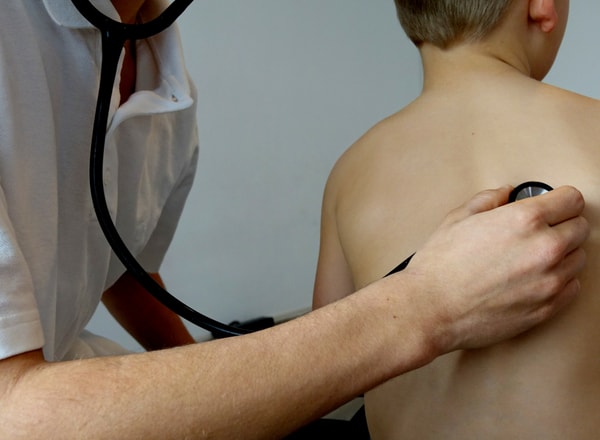 Coughs are common in school-aged children, occurring seven to 10 times a year. A cough is a particularly bothersome symptom that tends to resolve slowly; half of children recover by 10 days and 90% by 25 days, suggesting that 10% of children still cough three to four weeks after falling ill.

Although cough is an important reflex defence mechanism to protect a child’s lungs and keep them clear, it can have a major impact on a child’s sleep, school performance and ability to play. A coughing child also disturbs the sleep of other family members, causing parents considerable anxiety.

What are the common causes of cough?

Cough is classified as acute or chronic. An acute cough lasts less than three weeks. A chronic cough lasts more than eight weeks and is usually associated with conditions such as asthma, allergy, post-viral cough and postnasal drip.

What is the difference between a wet and dry cough?

A wet cough is typically chesty and produces mucus. It can be difficult to determine if a young child has a wet cough because most young children tend to swallow the mucus, which they often vomit later. A dry cough is tickly or irritating and no mucus is produced.

“An acute cough lasts less than three weeks. A chronic cough lasts more than eight weeks and is usually associated with conditions such as asthma, allergy, post-viral cough and postnasal drip.”

When should parents be concerned about a child’s cough?

Most acute coughs are due to a simple upper respiratory tract infection; however, children with any of the following signs should be taken to a doctor right away:

How is acute cough treated?

Acute cough following an upper respiratory tract infection is usually self-limiting, but it can be difficult to control and significantly impairs daily life. Most acute coughs are caused by viruses, which makes antibiotics generally ineffective. However, parents frequently seek over-the-counter (OTC) medicines to relieve their child’s cough.

A recent survey of cough mixtures found no good evidence for or against the effectiveness of these medicines in acute cough. Furthermore, cough mixtures may contain a combination of different active ingredients that are potentially harmful to children. Due to their small bodies and frequency of infections, young children are at higher risk of overdose, incorrect dosing and side effects, especially if a cough mixture contains multiple ingredients.

A closer look at mucolytics: how they work and when to use them

Mucus in our lungs is held together by disulfide bonds. Mucolytics work by breaking these bonds. When these bonds are broken, the mucous becomes less sticky and less thick and is easier to cough up. This can make it harder for germs to infect the mucous and cause chest infections. Mucolytics are useful to alleviate coughing, mucus production and airway obstruction.

N-acetylcysteine (NAC) is the most commonly used mucolytic. It is proven to reduce cough and has good overall safety ratings for children over the age of two. NAC is available as an effervescent tablet, easy to use and convenient to carry around. Each tablet contains a fixed dose of NAC and can be pre-mixed in a bottle of water, limiting the possibility of dosing errors.

The vital role of mucous and phlegm in your body

The importance of probiotic use in children