BabyYumYum.co.za
Home Articles Parenting How to stop your baby from waking up too early 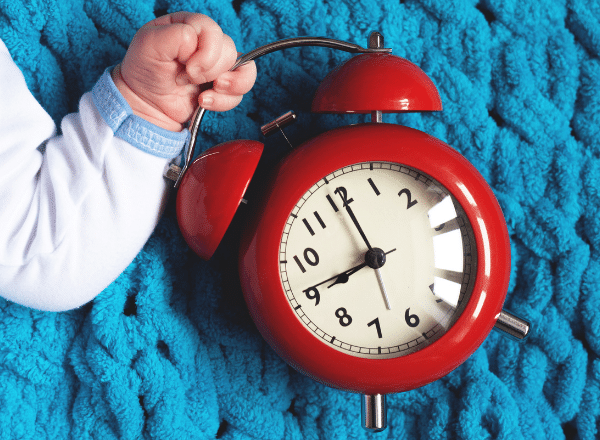 You reluctantly open your eyes. It’s still dark outside, but something very familiar called you out of dreamland – it’s your little one’s voice calling for Mommy. You glance over at the clock just to realise that, yet again, your child has woken up way too early for you to start your day.

Early wake-ups are a common problem with children but knowing you’re not the only parent struggling with this doesn’t make it any less frustrating. Unfortunately, waking up early is also one of the hardest baby sleep problems to fix.

What is considered an ‘early wake-up’?

We must remember that children’s sleep needs differ from ours and therefore we must have realistic expectations when deciding when it is okay for our little ones to wake up. The majority of children tend to wake up between 6am and 7am so a waking before 6am is therefore usually considered an early wake-up.

ALSO READ: Should I give my baby a lovey or security blanket to sleep with?

Why does my baby wake up so early? How can I make them sleep longer?

There are many possible reasons for your little one waking up too early. I suggest working with the process of elimination to figure out the reason your baby is waking up so early and follow the corresponding advice to fix it. The reasons they may wake up too early include:

The first thing you must ask yourself is how much external help does my child need to fall asleep (rocking, bottle, dummy, laying with him etc.)? If your little one isn’t able to fall asleep by himself at bedtime, and fall back asleep in the middle of the night independently, then he won’t be able to put himself back to sleep in the early morning hours either. This time of the morning is the hardest to go back to sleep since they’ve already had plenty of rest, which will then result in an early wake-up.

The solution: First identify your child’s sleep ‘props’ (things he relies on in order to fall asleep) then choose a technique that you feel comfortable with to try and eliminate these sleep props so that your child can fall asleep independently. No matter what technique you choose, consistency is the key as it’s the habit that needs to change.

As the sun comes out in the morning the change in light prepares our bodies for waking up. This is why it’s so important to make your little one’s room as dark as possible for sleep so that there is no change in light from the middle of the night to the morning. Basically, you need to trick your little one’s body into thinking that 5am is still the middle of the night.

The solution: Cover all windows, skylights, sliding doors or any part of the room where light can enter in the early morning hours. Get creative with black bags, foil, black poster board, velcro and block-out material – focus on your baby’s sleep space being practical more than pretty.

Since we spend more time in the light stages of sleep during the early morning hours, combined with the fact that your child has already had plenty of rest by that time, the slightest of sounds from the environment can cause your little one to wake up and then struggle to go back to sleep.

The solution: White noise is the answer. Non-rhythmic, loud white noise will drown out early-morning traffic, bird sounds or chatter from passing pedestrians.

READ NEXT: When is it safe to give a baby water to drink?

If your little one wakes up in the morning and you immediately expose him to something enjoyable (like feeding, TV/iPad or cuddling in the parents’ bed), it’s likely that he’ll start to wake up earlier each morning. So, instead of him linking another sleep cycle, he will wake up completely expecting to have that same enjoyable experience in the early morning hours – this can happen even if your little one is not well rested yet.

The solution: Delayed gratification! Instead of offering that favourite thing (the breast, bottle, TV/iPad) to your child immediately after waking up in the morning, rather hold off for at least 10 minutes so that your little one doesn’t start to associate waking up with having that enjoyable experience. 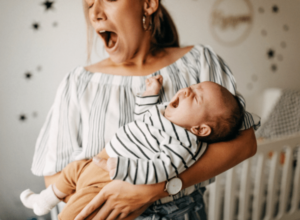 It may be that you are putting your child down for a nap at the wrong time of day, or that the length of the nap is too short. If your child’s naps are too short or the stretches between naps are too long during the day, your child may become overtired at bedtime and is likely to wake up early the next morning.

The solution: Find out what awake time works for your child and try not to keep him awake for longer than he can handle in order to avoid overtiredness. Also, allow your child to take good, long naps during the day, even if you have to help him extend his naps at first.

Early wake-ups are mainly caused by over-tiredness and a bedtime that is too late can be the reason for this. Our logical thinking tells us that putting a child to bed later will help them sleep in later in the morning, but the opposite is actually true.

The solution: Try putting your child to bed slightly earlier, even if it’s just by 15 or 30 minutes and then give it some time. By doing so, you are most likely to have him wake up later in the morning.

Getting too much sleep

This is seldom the answer and I would suggest trying all of the above-mentioned options first. Each child has a different need for sleep and this changes with age, so establish how much your child needs at that specific time in his life. But if your child wakes up early, seems happy and well rested and won’t go back to sleep, even with some help from you, this may be the case.

The solution: As a last option, slowly try to move bedtime later by 10 minutes every 3 to 4 days until bedtime is about 30 minutes later than usual, then give it some time. If getting too much sleep was the true reason for the early wake-ups, your child should start waking up a little later within about 2 weeks’ time.

DON’T MISS: The important milestones your baby should be meeting in the first 24 months

Have a cut-off time

If everything else seems to be in place, set a realistic time that is acceptable for your child to wake up in the morning, for example 6am, and stick to that no matter what.

The solution: If your child wakes earlier than your cut-off time of 6am, no matter how close, treat it as a night waking. If you give in and expose your child to light, stimulation or feed them before 6am, then you are setting his body clock for waking up earlier the next morning – this can become a vicious cycle of waking earlier and earlier each morning.

If you have eliminated all possibilities and your little one still wakes up just shy of your cut-off time, it may just be that he is an early riser. If so, make peace with it for now, but know that as they grow older this too shall pass.