If there is one reality South Africa has had to adjust to over the last 14 years, it’s load shedding. For parents, that reality comes packaged with explanations for tiny humans that do not understand why they can’t access Youtube Kids.

Currently, the country is in stage 4 load shedding after jumping from stage 2 on Tuesday. Eskom also announced that stage 4 will remain until Friday the 22nd at 5 am. This happened after the Majuba and Tutuka power stations tripped.

So, how do parents explain why the house has no electricity for 2.5 hours three times a day?

Loadshedding is the government’s fault

“The government is poorly run, and we do not have enough electricity for the country,” Mary says. Her children are 6 and 3 years old. This same sentiment is echoed by parents that tell their children that President Cyril Ramaphosa took the electricity.

“Uncle Cyril turned off the power because the power machine is a bit broken, and they need it off to fix it,” Jacqueline says to her children. Charmaine has turned it into a game. When the power goes off, everyone in her house says “ah Ramaphosa did it again”.

Gabi prefers what she calls the honest version of the electricity story. She tells her kids that “people at Eskom stole the money, so they are unable to fix things when they break.”

Someone took the electricity

If it is not the uncle switching the lights off, it’s granddad in heaven making sure that the TV can get some rest. Some children have formulated a story that makes sense to them. Ndivhuwo’s 6-year-old son says, “the electricity guy did not go to work, so he did not switch on the electricity because his still sleeping.” Ndivuwho plays along and agrees.

You might also like: Load shedding: How to get through the dark times with a smile on your face

There is no power

Robyn’s 4-year-old backs down when his mommy tells him that their power is off. Potso also says the same to her toddlers. This is a complex response for other kids who ask the big “why” question.

The kids that can’t back down always want their parents to make magic and get the TV and internet to work.

The government is giving people time to play

Bronwen is an advocate of making load shedding a positive experience for kids. She explains to her kids that load shedding gives them quality family time without devices.

What kind of play activities do you engage on with your kids during load shedding?

Other reasons parents give their kids include: 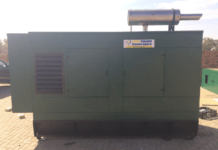 Are you thinking about getting a generator? This is what you need to know 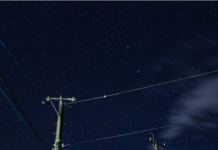 Load shedding: How to get through the dark times with a smile on your face 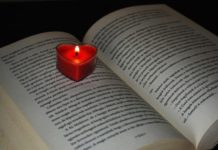 What we really want for Mother’s Day during lockdown – a...