BabyYumYum.co.za
Home Articles Pregnancy How much weight should you gain during pregnancy? 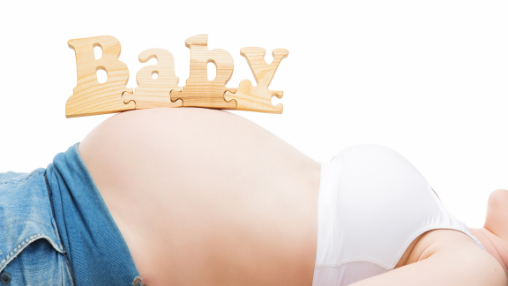 How much weight should you gain during pregnancy? It’s a question so many expecting moms ask. But weight gain in pregnancy is incredibly variable – so how much is too much? Or too little? Sister Lilian from Sensitive Midwifery weighs in.

The average weight gain in a woman who is not under- or overweight when falling pregnant, and has an uncomplicated pregnancy, is between 2–4kg in the first 20 weeks, and a further 10–14kg in the next 20 weeks. Generally, one expects an increase of at least 1.5–2kg each month from 20 weeks, but there will be times that this is a little more or less.

Appropriate weight gain during pregnancy: use your BMI as a starting point

Assessing how much is an appropriate amount of weight to put on during pregnancy is not without its challenges. A healthy pregnant woman who is not under- or overweight would have a BMI (body mass index) between 18.5 and 24.9, and would have an expected weight gain as mentioned above.

A useful guide to BMI variations from the norm and suggested weight gain for a singleton pregnancy is as follows:

If a woman is pregnant with twins:

The body mass index (BMI) is a statistic first developed by astronomer, mathematician, statistician and sociologist Adolphe Quetelet around 1830–50, although it was only named as such by physiologist Ancel Keys in 1972. It is calculated by dividing body mass in kg by the square of body height (in m).

The BMI is not infallible and cannot take every determining factor into account, but has proven its worth as a useful guide.

Weight gain during pregnancy: where does the weight go?

Often in the earlier weeks of pregnancy, due to nausea and other digestive discomforts, a woman will not pick up any weight at all – or may even lose some. Weight loss in pregnancy may at times be problematic, but not if the mother eats healthily and her baby seems to develop as expected. Some women pick up less weight generally, some more than the average values.

Here’s how an average of 13.6kg is distributed in a woman’s body at the end of pregnancy:

READ NEXT: These are some of the weirdest animal-related pregnancy and birth facts

Gaining and losing weight during pregnancy

Most importantly, pregnant women should be advised to eat healthy foods 90% of the time and exercise regularly. In most cases, simply being mindful about healthy choices is the key to gaining the appropriate amount of weight during pregnancy.

This article was written by Midwife Louette Maccallum and was originally published on Sensitive Midwifery. You can read the original article here.

Non-Invasive Prenatal Testing (NIPT): Everything you need to know