Home Influencers Having your cake & eating it 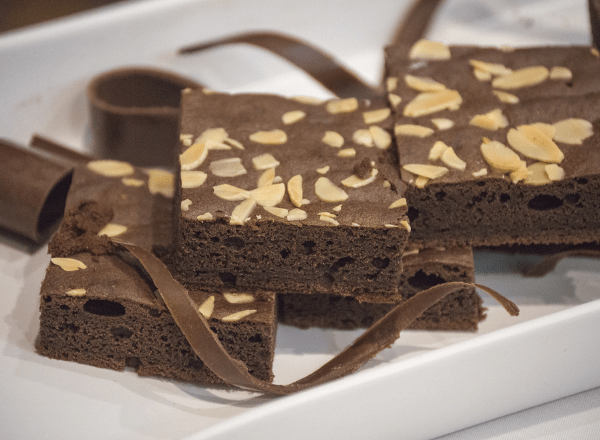 Himself has had to put up with a fair amount of what I’ll term “quirky” behaviour since I’ve fallen pregnant (definitely not before then!) So, when I suddenly grabbed his arm in double-fisted, white-knuckled grip and hissed, “Walk! Just walk and don’t stop!” in the middle of a shopping centre, he was only mildly perturbed.

After a few moments of silent and obedient marching, he paused to ask, “Was it someone you know?”

“No. It was the coffee shop. They had brownies on display in the window.”

“Honey, if you want a brownie, we can go back and get you a brownie.”

“No,” I hissed, digging my fingernails into his arm. “You don’t understand.” I stared at him with haunted eyes. “I want a brownie. Slytherin Baby wants all the brownies!”

When Slytherin Baby first made her appearance known, she decided she didn’t like food at all. Which is a pity, because I love food. For four months she reluctantly accepted All Bran Flakes, tomato soup and toasted cheese sandwiches. Nothing else was acceptable in her mind.

“Why is she such a fussy eater?” I moaned as I watched The Mother pull a roast from the oven. Slytherin Baby already making grumbling noises about me not getting any ideas about being able to enjoy it.

“I have no idea where she gets it from,” muttered The Mother. “By the way, I roasted the butternut and the potatoes in the same dish. You’ll just have to pick out the butternut.”

“But Mom – you know I hate it when the butternut touches my food!”

And then Slytherin Baby discovered she likes chocolate. Slytherin Baby likes chocolate a lot. This is something I understand; I also love chocolate. But I’m fully aware that my body has not forgotten its European peasant ancestry: Oh, the English are coming to invade? Not a problem. “They’ll starve to death long before you will,” my hips and thighs assure me. “Yeah, we got your back,” agrees my butt.

He learnt this the hard way after letting go of my hand in shops once and finding me 10 minutes later sitting in front of the chocolate display lovingly cradling two jumbo packets of M&Ms. I’m sure it’s entirely coincidental that he volunteers to go to the shops instead of me whenever he can now.

“Good luck to you raising such a fussy eater,” smirks The Mother.

Amy Lalouette lives with Himself (her very patient husband) and is expecting her first child (aka Slytherin Baby). By day she’s an English teacher and by night she reads, writes, holds murder mystery parties and does belly dancing. Unfortunately, all this interferes with her lifelong ambition to have a spotless house and an empty laundry basket! She records her experiences (and confusion) of expecting a baby on her personal blog “Mommy’s Off her Meds”.

In a spin
The laundry crisis 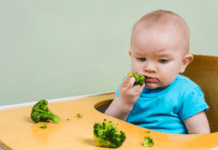 Travelling overseas with a baby? Best you have a sense of...