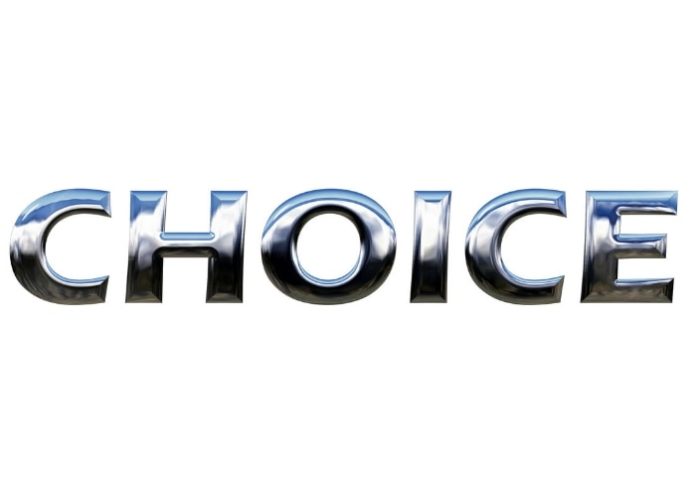 In honour of Human Rights Month in March, meet ethicists who are worried that the government’s pro-breastfeeding policies impinge on certain constitutionally guaranteed freedoms – and another ethicist plus a nutrition academic who disagree.

Legislation around our food is governed in South Africa by the Foodstuffs, Cosmetics and Disinfectants Act of 1972. At the end of 2012, the government amended this Act and following a lengthy process, the National Department of Health finalised the R991 Regulations Relating to Foodstuffs for Infants and Young Children. These changes came into effect over a three-year phased process until full implementation in 2015.

The regulations specifically outlined how any foods marketed to infants and young children under the age of three years were allowed to be marketed and sold. The regulations are consistent with the government’s ‘Tshwane declaration on support for breastfeeding in South Africa (2011)’ and its National Infant and Young Child feeding policy, which aim to encourage breastfeeding.

Exclusive breastfeeding for four to six months and the introduction of complementary or solid foods from six months with continued breastfeeding up to two years old and beyond is international best practice, and is the optimal infant and young child feeding recommendation provided by the World Health Organisation and UNICEF, who promote that breast is best.

“We are leaning too far towards the ‘breast milk as nutrition’ side and disregarding a mother’s right to make decisions about her own body.”

The properties and elements in breast milk are still not fully understood and new information about its benefits emerges constantly. No formula milk has been able to mimic all the benefits of breast milk and the body of evidence that breast milk is best for babies is overwhelming. Breast milk is free and safe to drink straight from the container, which are also important considerations in low-income countries or if your water source is unsafe.

Having said all that, there are ethicists who question the perhaps less immediately obvious repercussions of legislating away constitutionally guaranteed rights, and some have argued that Regulation 991 oversteps the mark.

Why would a mother choose formula feeding?

BabyYumYum founder Amanda Rogaly weighs in on her infant feeding choices: “I breastfed both my babies and for various reasons I introduced formula feeding (Novalac was my brand of preference). I never felt guilty or ashamed of my choice. In fact, I felt empowered and confident in my choice as I truly believe and actually live the concept of Happy mommy = Happy baby.”

Professor Magda Slabbert is a legal scholar and ethicist at the Department of Jurisprudence at the University of South Africa. She says that our Constitution mandates certain rights: the preamble clearly states that “The Republic of South Africa is one sovereign, democratic state founded on the following values: human dignity, the achievement of equality and the advancement of human rights and freedoms.”

Slabbert feels that a mother’s right to bodily autonomy trumps the right of a child to breast milk. Therefore, the mother should have the right to decide whether or not to breastfeed. By extension, Regulation 991 inhibits access to information and freedom of speech with its excessive restrictions.

“Legally, is breast milk tissue or nutrition?” Slabbert asks. Treating it as tissue confirms that it forms part of a person’s body. Treating it as nutrition means a state can start to decide to override the “container” (or the mother’s) wishes. In Slabbert’s opinion, we are leaning too far towards the “breast milk as nutrition” side and disregarding a mother’s right to make decisions about her own body.

Professor Irma Kroeze from Unisa’s School of Law says we need to distinguish between rights versus best interests. When it comes to rights, she explains that the ‘right to breastfeed’ is not in our Constitution and that if it came down to a choice between a mother’s right to her body and a child’s right to proper nutrition, the mother’s rights triumph.

There is no doubt that a mother will do what is in the best interests of her child in her circumstances, and this may be breast- or formula feeding.

A woman may have several reasons why she chooses formula:

What do the Regulations 991 say?

The restrictions on infant formulas are very broad and “prohibit promotional practices in respect of infant and follow-up formulae”. These prohibited practices include any above-the-line advertising at all (such as magazine newspaper, radio and TV ads about the product), sales and in-store displays, competitions, freebies, or any contact between formula company staff and the public. Formula companies may not give research grants and they may not publish educational material about their product.

There are also strict rules about what may appear on the tins and containers of milk formula:

An ingredients’ list and instructions for how to make up the milk are acceptable, but you’ll find them on the formula tin only and not on the company’s website or in a YouTube tutorial, for instance. This has a significant impact on access to information about feeding options for formula-fed babies.

Dr Lize Mills, a senior lecturer in the Department of Law at the University of Stellenbosch, with a special interest in child protection, published a paper in 2014 in which she argues that Regulation 991’s advertising bans are disproportionate.

“A brazen disregard of the right to freedom of choice and the right to commercial speech cannot be accepted in a democratic and free society,” she wrote in her abstract. “Finding an appropriate balance between the best interests of the child, her health and these freedoms is by no means an easy task […] The underlying intention of the regulations must be pursued but this must be done in such a way that the means meet the requirements set by section 36 of the Constitution. The means to the desired end must be reasonable and proportionate.”

She makes the point that formula milks for infants are not inherently unhealthy and millions are spent on formula research to get formula as close to breast milk as possible. Therefore, the extensive advertising bans are unreasonable and disproportionate.

An analogy with the extent to which tobacco products are banned from the advertising space can also be made, yet tobacco’s harms are well understood. It is a harmful product; formula milk is not. “This is overkill,” says Mills.

Why breastfeeding should be supported

According to human rights law and biological evidence, mothers have a right to breastfeed. She is therefore entitled to expect her surroundings, including the government, to protect, respect and fulfil her rights, to enable her to practise breastfeeding.

Professor Lisanne du Plessis from the Division of Human Nutrition at the Faculty of Medicine and Health Sciences at Stellenbosch University weighs in on why we promote and protect breastfeeding and support women to do so.

The SA Constitution states for nutrition, that everyone has the right to access sufficient food and water, and for children, that every child has the right to basic nutrition. Breast milk is the ideal, most healthful, natural and economic, recommended food for healthy growth and development of infants and young children.

In South Africa, available national data suggest that most mothers initiate breastfeeding after birth. However, very few babies are exclusively breastfed during the first six months of life. Many babies also receive complementary foods between two and three months of age, and in some cases, even within a few days of birth, which predisposes South Africans to poor health outcomes in both their infant and young child years, as well as in adulthood.

We have high rates of inequality and we still have high levels of poverty and food insecurity. While approximately 16% of the South African population can afford medical aid and this minority group could probably afford the cost of infant formula, the reality is that the majority of the population simply cannot afford to buy and prepare infant formula.

Health professionals and public health advocates need to consider the public health landscape in South Africa. Furthermore, we need to be very careful that our opinions are evidence-based and unbiased, and that we do not allow our individual situations, experiences or beliefs to influence what would be best for the majority of the population.

Much as babies are “protected” by government initiatives for the first three years of life, says Mills, the gloves are off once a child reaches past infancy and into childhood – and well-known fast-food restaurants are allowed a fair shot at marketing unhealthy, high-fat, high-salt and high-sugar foods to them. 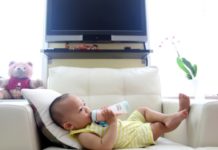 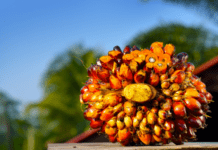