Chicago is back in town to captivate, provoke and entertain. Leading star Carmen Pretorius, who plays the iconic Roxie Hart, opens up to BabyYumYum about this beguiling story of murder, greed, corruption, exploitation, adultery and treachery. Arrange a babysitter and take your partner, or better yet, enjoy a girl’s night out in Chicago, while dad looks after baby.

Q. What is Chicago about?

The Chicago musical is based on the original play about two Chicago murderesses, Belva Gaertner (Velma Kelly) and Beullah Annan (Roxie Hart), who were acquitted of murder (even though they were guilty) in the roaring 20’s. A reporter for the Chicago Tribune at the time, Maurine Dallas Watkins, wrote about these two women, helping to sensationalise them and their deeds. They became local celebrities during their trials and this greatly influenced their non-guilty verdicts.

Q. Tell us about Roxie Hart?

Roxie Hart is an intricate woman. She is street-smart, a survivor and an egotist. She does not come from affluence and has always dreamed of being a big star in the big city, but she is blinded by her own ego and overwhelmed by her need to ‘not be forgotten’. She finds herself in this world where she is in over her head. She makes you want to forgive her and you empathise with her, despite her evil deeds. Despite all the sadness and trouble that she gets herself into, she has a resilient positivity that makes her, at times, seem almost other-worldly.

“This show is like a freight train. You get on and hold on for dear life. It’s incredibly fast-moving.”

Q. There are so many good numbers in the show that it needs performers who can sing, act and dance in a very energetic piece. How taxing is it to get it right?

Yes, definitely, that is part of its allure, magic and mystery. It is a show that takes an enormous amount of discipline and curation to put up and to maintain from a performance point of view. Luckily, we had the formidable, incredible “keepers” of Chicago, Gary Christ (choreographer/director) and Tania Nardini (associate director) from Broadway. This show is like a freight train. You get on and hold on for dear life. It’s incredibly fast-moving.

Q. What do you want the audience to take home with them?

An awareness of the power of the media in our society and the role of people in power, and also the grit and dazzle of the piece. I want people to walk out feeling like they have just been slapped in the face by great art! Because it’s fast! I want them to hum to the tunes and reminisce about the characters. And then, of course, I want them to want to come back and see it again.

Q. What’s the last thing you do before you step out on stage / the curtain goes up?

In the film, ‘All That Jazz’ starts and you see Catherine Zeta-Jones running into the theatre (after murdering her husband and sister), getting ready and rushing to make her entrance. I love that so that is how I start my show! As soon as I hear the start of jazz, I put on my dress, make my way to stage, put on my shoes, my dresser checks my outfit and I go on. I hate waiting around backstage because it makes me nervous, so I have timed my first entrance as Roxie perfectly. Voilà! That little routine immediately transports me into Roxie’s world. Oh yes, and I do a ‘Hail Mary’ before EVERY entrance. That’s something I started doing as Maria (The Sound of Music) and it has stuck.

Carmen concludes by adding that Chicago deals with universal themes that everyone can or will relate to at some point in their lives. “Strong female characters fighting for their rights (very apt during this time of the #metoo movement), the power of the media (social media in today’s world) and moral compasses. And, it is a true story. What more could we ask for in entertainment? Chicago takes us into the darkest depths of the human psyche in a humorous way and, let’s face it, who doesn’t like a story about all the forbidden fruit of society?”

Check here for dates and booking info for Chicago. 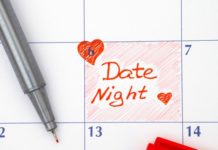