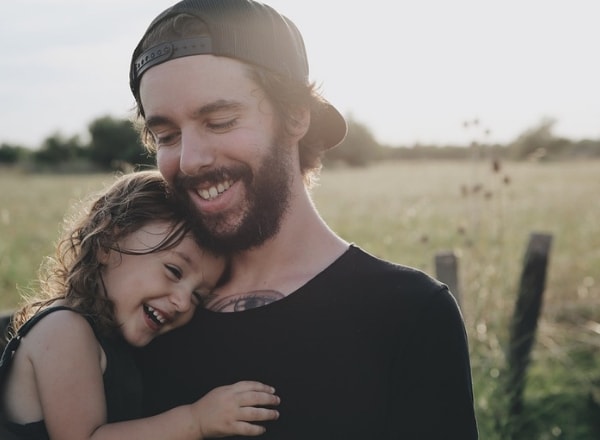 Dads play such a significant role in the family unit, even though sometimes it feels like the family would do just fine without him – as long as they have his credit card!

It’s not an easy task to be a father; juggling work pressures, financial stress, being a good husband and a role model for your children. It is quite ironic that just as a father is climbing the corporate ladder, his children are reaching adolescence and (maybe) his wife, menopause! No wonder there is chaos in the home. ‎

“The act of compassion begins with full attention, just as rapport does. You have to really see the person. If you see the person then naturally, empathy arises. If you tune into the other person, you feel with them. If empathy arises, and if that person is in dire need, then empathetic concern can come. You want to help them, and then that begins a compassionate act. So I’d say that compassion begins with attention.” Daniel Goleman

One father told me of how he would come home with the workload on his shoulders, but he had a little routine. As he pulled up into the driveway, he would look into the windows of his home and say to himself, “The people in that house love and need me and they are the reason I go to work “, and so he would take a deep breath, walk up to the door, ‘put’ his work troubles into the mailbox and march in with a smile on his face. When he left in the morning he would ‘take’ them out again.

Generally speaking, men cope better with work stress and women cope better with household stress. But these days there are more and more full-time working moms that have to cope with both. However, the last thing anyone wants to hear as they walk in the door exhausted is: “I have had it! It’s your turn to take the kids – they are driving me mad!” This is where teamwork is needed.

“The footsteps a child follows are most likely to be the ones his parents thought they covered up.” Unknown

Invest some time in date nights to keep your relationship strong. The best gift you can give your children is to love your wife. One dad told me he would phone home and ask his wife on score of 1-10 how bad her day was. They would compare notes and decide whose day was worse. That one would then have a few minutes to themselves to re-energise before joining in and helping with the household demands and/or chores.

When mom/dad arrives home, it could be an appropriate time to make use of Chill Time (from A Brand-New Child in 5 Easy Steps by Andalene Salvesen) so that the two of you can have a few minutes of silence to enable you to catch up. Communication over a quiet cup of coffee should often sort out what each one’s expectations of each other are when suicide hour begins.

Try not to make assumptions, rather clarify. In most homes I go into, the husband enjoys bathing the younger kids while mom cooks, but sometimes the dads prefer to be in front of the stove. It is also great to include the older children to teach them how to cook. Then, maybe later, they can be responsible for one meal a week? If you are divorced, show honour and respect towards her in front of your children, as she is the mother of your children.

The divorced homes that I have visited, where the parents make the effort to have an amicable relationship really shows in the happiness of the children. Sadly, television shows often portray men as spineless beings with no original thought in their heads. Children that are exposed regularly to these sitcoms develop a warped sense of the role a father should play.

Building relationships with your children is essential for their future well-being on so many levels. One year, with Mother’s Day approaching, someone at Hallmark had a brilliant idea to let inmates send cards to their mothers. They were inundated with requests for cards. Sadly, when Father’s Day approached, the response was quite the opposite. How sad is that?

There are some things that differ when coming from the mother vs. the father: 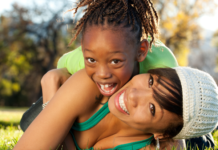 The 10 commandments for every mom 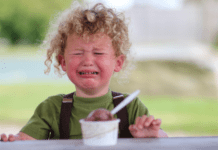 Tantrums: what to do when your toddler has a meltdown

Everything you need to know when buying a car seat for...