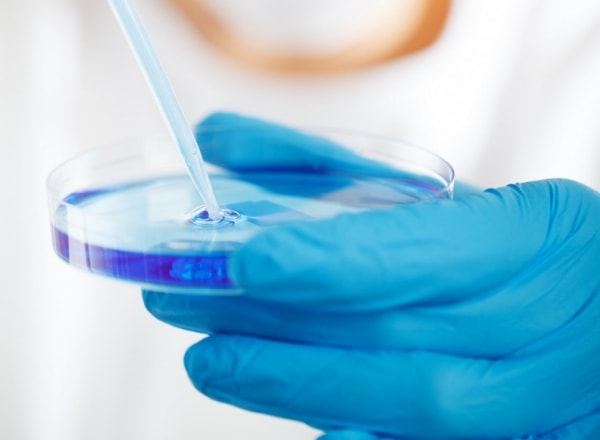 The road to pregnancy has not been an easy one for Susan* and her husband. She shares the next part of her journey with us so that other parents know that they are not alone.

“Don’t count your chickens before they hatch” … If ever this was true, it is truer than true for me today. I’ve had a sense of foreboding for the last week that our embryo transfer was not successful and today the nurse at our clinic phoned me to tell me that my blood test results indicate no pregnancy. I already knew by the time I got the call; my gut feeling was strong and not in the way I’d hoped for.

This will be the eighth or ninth blood test that shows an hCG of below 5 mIU/mL. The human chorionic gonadotropin (hCG) hormone is produced during pregnancy by the cells formed in the placenta, which nourishes the egg after it has been fertilised and becomes attached to the uterine wall. Levels can first be detected by a blood test about 11 days after conception and about 12 to 14 days after conception by a urine test.

“We chose number 2T, which survived being thawed, and we were so excited watching the implantation on the monitor.”

We were lucky enough to have six embryos that made it to the critical milestone of day five, when they are eligible to be planted inside a well-prepared uterus. Some people endure the whole IVF process only to have one embryo suitable for transfer – and nothing for a backup. Or worse, none at all. Once the eggs are retrieved, they have to be fertilised. This meant that my poor husband, who had felt like livestock by this stage, had to produce a good sample at the same time. Being a man, the preparation for him was much easier, but it still involved a course of antibiotics.

The process of fertilisation differs from couple to couple. Our doctor chose intracytoplasmic sperm injection (ICSI), where a single sperm cell is selected and then directly injected into the egg’s cellular fluid using a microinjector. The egg cell is thereby fertilised using one specially chosen sperm. By this stage, we had 10 fertilised eggs but if you think this meant we were in the clear, think again. This is just the start of the rigorous challenge the embryo has to endure.

Once the embryo is fertilised, it has to make certain milestones. At this stage, it felt as if I was in front of a firing squad. Every time my phone rang, I had a visceral response of panic. On the critical day three of their progress, one beautiful Saturday morning, the embryologist phoned me to tell me that of our 10 embryos, eight had made it to day three. Eight was pretty outstanding and we were thrilled.

Two days later, I received the call from the embryologist to say that just two embryos had made it to day five blastocyst stage, when they are ready to be implanted. I was shocked and instantly distraught! I didn’t really hear the part where she said they’d give the other six embryos an extra day to see if they catch up. What a day! I braced myself to receive another phone call like this the following day.

The next day, the embryologist had phoned me to say that another four had caught up to the first two, so we had a total of six embryos that were classified as blastocysts. They all scored beautifully in terms of morphology, which was a small encouragement along the way, but there were more hoops to jump through. The embryos are scored based on their progression as blastocysts; the inner cell mass quality (which becomes the baby) and their trophectoderm quality (this is the outer layer which becomes the sac and placenta). Our babies were close to perfect, thank goodness, but there was still a way to go.

Now that we had our six babies ready to be planted, we had some decisions to make. We could either take a chance and transfer only one or two embryos; or we could get them to jump through more hoops. We opted for the latter because it increased our chances of success to 70%. This meant that our tiny embryos needed to be biopsied before freezing them and the biopsies were sent for pre-genetic screening (PGS) to rule out chromosomal abnormalities that become a real threat with advanced maternal age.

It was another long, anxious wait to receive the results, but our incredible doctor called me at home one Friday evening when he received the results to set my mind at ease. Of our six beautiful embryos, three were perfectly normal, two were not and one was unable to be tested because there was not enough DNA in the biopsy. We call him our “lucky packet baby”, because we don’t know anything about him. My doctor said this was an excellent outcome and was pleased.

The benefit of PGS testing is the probability of transferring a better, healthier embryo and a smaller risk of miscarriage in the first trimester. We chose number 2T, which survived being thawed, and we were so excited watching the implantation on the monitor. It may not have been the most romantic moment, but it was certainly magical.

My husband was with me in theatre, holding my hand tightly, watching the tiny flicker of light as our baby was placed in my uterus, and we got to keep the image of that moment. After seven months of excruciating preparation, our baby was finally inside of me and now his role was to embed, embed, embed!

In spite of the 70% chance of success and the most well prepared and beautiful uterus to receive him, he didn’t survive. How quickly the spark of hope vanished.

*Not her real name