Pasha Alden, an amazing ambassador for blind people in South Africa, was deemed blind after prolonged periods in the incubator and too much oxygen. She gives a bit of personal background before answering our questions about living with blindness, as well as support in dealing with a blind child.

I have lived with blindness since early childhood due to retinopathy of prematurity, blindness caused by prolonged periods in the incubator and too much oxygen – a rather common cause of blindness despite great strides in the medical field. In professional hands, I received good medical care, play and stimulation, and early intervention through the hospital and SABWO, the then South African Blind Workers Organisation in the Eastern Cape (now Nkosinathi Foundation for Blind and Partially Sighted People).

“A parent with a loving, accepting and positive attitude is key in raising a child who is blind.”

Early intervention and parent support are key factors to assist a child who is blind, so my parents were advised by staff of SABWO to enrol me in a special school (then The School for the Blind in Worcester, later Pioneer School) where I matriculated in 1989 and subsequently completed a BA degree and later a mini MBA.

Q. How common is childhood blindness and what are some of the causes?

Many factors may lead to the onset of blindness in early childhood or later in life. Some are hereditary, while others may be accidents sustained during trauma or violence. Hereditary blindness includes, among other conditions, Stargardt disease, retinitis pigmentosa, macular degeneration and the like. Certain illnesses such as rubella, commonly known as German measles and diabetes glaucoma also cause loss of vision.

Q. How early can you determine that your baby is blind?

Detection of blindness may depend on the cause. Some eye conditions make the eyes seem rather normal until the child holds a book close to the eyes at school. Where possible, parents can observe the movement of the head and eyes. A seeing child will quickly move their eyes and, when strong enough, turn their head to see objects. If a baby never looks at its mother, there may be cause for concern.

Q. Who should parents speak to about the possibility of vision impairment in their children?

Consult your doctor if you are aware of any hereditary factors and, if possible, consider genetic testing.

Q. What support is available for mothers with visually impaired babies?

There are a number of organisations that provide support to parents during early intervention in young blind children, such as The Nkosinathi Foundation for the Blind and Partially Sighted People in Port Elizabeth, as well as The Children’s Communication Centre in Johannesburg.

Q. What are the challenges of parenting when visually impaired?

Although I’m not a mother, I have countless blind friends who are mothers and they emphasise that it takes organisation, planning and resourcefulness to raise a child, whether blind or seeing.

Q. What advice can you give parents where blindness is expected?

I cannot emphasise enough the importance of accurate diagnosis, early intervention and parent support. However, a parent with a loving, accepting and positive attitude is key in raising a child who is blind. But remember, your child is like any other so do not overprotect them from the big world out there.

Q. How does South Africa compare to the rest of the world in terms of support systems for blind people?

Support systems are in place. However, we have much to learn from countries such as the US, Canada, Sweden and the UK.

Q. How can parents stimulate and engage their visually impaired baby or toddler?

It is important to get your baby to lift their head through touch and sound as soon as they are strong enough to do so. There are also many ways to make the environment accessible and stimulating for your child: books with tactile pictures; labelling objects such as favourite toys, books in braille, even if the child is too young to read; through favourite CD’s, pleasant sounds such as chimes or bells, and the use of different shapes and textures.

Alden is living proof of how access to braille and reading materials for the visually impaired can empower women. Apart from being an accomplished violinist and blind photographer, Alden is a passionate braille ambassador who travels the globe taking part in international braille conventions, advocating for braille good practices and facilitating the delivery of services to braille readers. 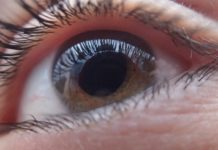 The silent thief of sight