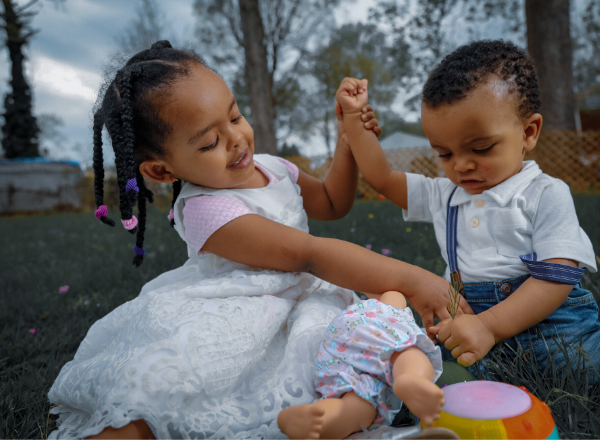 Everybody knows that firstborns are natural leaders, middle children are rebels and the baby of the family is spoiled yet confident. At least, that’s what received wisdom tells us. But is any of it true? And where did this idea come from in the first place?

In the 1930s the Austrian psychotherapist Alfred Adler was the first to study birth order and its effect on personality. He believed that “every difficulty of development is caused by rivalry and lack of cooperation in the family”.

A second-born child is constantly competing with their older sibling and trying to catch up with them. Middle children are caught between their older and younger siblings, who may often leave them out or gang-up on them. As a result, the middle child may become easily angered and sensitive to criticism.

The youngest child is often the most pampered in the family. They depend on their family more than any other siblings and may demand that everything is done for them. In the opposite case, they may feel unwanted, disliked or even ignored.

Adding a child to the family has an impact on how a family operates. But Adler suggested that other factors play a role, too, such as family size, health, age, culture or the child’s sex.

Adler’s theories continue to hold sway and birth order is still an important area of study in psychology. And the role of firstborn holds a particular fascination.

According to a recent Swedish study, firstborns have more favourable personality traits, including openness to new experiences, conscientiousness, extroversion, friendliness and greater emotional stability, than their later-born siblings. As a result, they are more likely to become chief executives and senior managers, whereas later-born children, who love to take risks, often end up being self-employed.

Firstborns tend to possess psychological characteristics related to leadership, including responsibility, creativity, obedience and dominance. They are also more likely to have higher academic abilities and levels of intelligence than their younger siblings. These qualities are believed to make firstborns more successful. But the “baby” of the family is more likely to take risks, rebel, show addictive behaviour and lack independence compared with their older siblings.

There are two explanations that could justify this firstborn effect. From the evolutionary perspective, parents favour and invest (shelter and food) in their firstborn to increase their chances of survival and reproduction. But this comes at a cost because the parent is now unable to invest the same amount of resources in later-born offspring.

ALSO READ: Sibling rivalry – why siblings fight & how parents should deal with it

Younger siblings then have to compete for these limited parental resources and attention. (So parents who spend less time helping their later-born children with schoolwork may do so because of the lack of spare resources.)

But children who are born last often receive preferential treatment. This is because parents now have the last chance to invest their resources. They are also older and tend to have more money at this point. Parents are more likely to invest in the education of their latest-born offspring.

Parental expectations could also explain the more favourable personality traits among firstborns. That is, parents tend to be stricter in their parenting with the firstborn. Parents also encourage toughness because firstborns need to act as role models (and surrogate parent) for their later-born siblings and defend the values of the parents.

Firstborns must keep their “first” position and never fall behind the younger sibling. The rivalry and conflict between firstborn and later-born offspring is the result of the younger sibling’s need to establish their position in the family. Although they try to race and copy the role of their older firstborn sibling, this privileged position is already taken. Laterborns must also differentiate themselves to attract parental resources, which could explain their rebellious behaviour.

These explanations are sound, but the evidence to support the link between personality traits and birth order is mixed. Some studies show a strong association between leadership abilities and birth order, but others do not support these findings.

The inconsistencies in findings may stem from factors that are sometimes neglected, such as the sex of the siblings. The firstborn effect (and the chances of becoming a chief executive) is weaker in the case of later-born males with older brothers as opposed to those who have older sisters.

Age gap spacing also needs to be taken into account because larger age gaps between siblings result in a more nurturing surrogate parent role of the older sibling and reduces the rivalry conflict between the siblings.

The fertility age of the mother could also sway the personality outcomes because mothers who have later-born children are older than when they had their firstborn and many studies don’t control for this factor.

It appears that the psychological profiles of firstborns may have been over-generalised.

READ NEXT: How to wash your toddler’s hair WITHOUT it resulting in a tantrum

Good handwashing habits are essential to your hygiene