It’s that time of the year when breastfeeding is in the spotlight: World Breastfeeding Week. You may want to skip this blog because, despite learning about the multitude of benefits of breastfeeding for mom and baby, it just didn’t pan out for you. Many first-time moms feel guilty, lamenting that their breastfeeding experience is riddled with painful memories. But why is it that some women get it right – first time, every time – but others don’t?

One mom who came to my ante-natal classes and was dead against breastfeeding (mostly because she didn’t like wearing a bra), promised that she would breastfeed, providing her baby was a girl (she had two boys). I reassured her (with fingers crossed) that her baby was a girl. It turned out I was right and she breastfed for a year.

Another first-time mom, who is visually challenged, told me that breastfeeding was so much easier than sterilising bottles and preparing formula. She also breastfed for a year.

Is breastfeeding only a mindset? How doable is it?

Many women worry that their breasts are too small.
Actually, small-breasted women breastfeed exceptionally well, and cope better than their big-breasted counterparts, who often have a harder time.

“I don’t have enough milk” is another common concern.
Babies need only about 1 teaspoonful (5 mls) of colostrum every two to three hours for the first two days. This is because colostrum is rich and thick as condensed milk. Its sugary sweet with enough calories to help the baby survive from feed to feed, until mature breast milk is made.

We think that breasts are like bottles that fill up between feeds.
Many women believe that when breasts feel soft, there’s no or very little milk in them. But the reality is that most milk production happens during, and not before or after, breastfeeding. The more often mom feeds, the more milk she makes.

Moms often tell me that their milk is too weak.
This is understandable when MOM (Mom’s Own Milk) is expressed because breastmilk looks watered-down with a blueish tinge to it. This is foremilk or water-milk that quenches a baby’s thirst. When the ‘let-down’ reflex releases the hindmilk or fat milk, this richer milk satisfies a baby’s appetite.

“My baby doesn’t like to breastfeed and pulls away after feeding for a short while.”
I explain that this may be because the baby is only thirsty, and not hungry. The baby will pull away and protest when the fat milk is released. “When this happens, let your baby drink the water-milk from your other breast, and stop feeding when she pulls away,” is my advice.

Unless a woman is severely undernourished, dehydrated or ill, her breastmilk is perfectly custom-made for her baby.
Breastmilk also changes according to a babies age and needs. For example, breastmilk for a premature baby differs from that for a full-term baby. The same goes for older babies.

Society is not breastfeeding friendly. Where do you find breastfeeding facilities in a mall or public venue? People say, “You’re not breastfeeding here, are you?” Breasts have become sex objects, not nurturing appendages. Many an embarrassed mom has been asked to leave a restaurant because other patrons (mostly men) have objected to her breastfeeding – even if she has ‘covered up’ with a shawl as big as a circus tent! Breastfeeding women are expected to ‘hide away’, and miss out on all of the fun.

Women are given conflicting advice about breastfeeding – even from doctors and midwives.

ALSO READ: Honest moms – what I wish I’d known before I had a second child

Many more women are having c-sections. The trauma of this major abdominal surgery is undermined with painkillers for the first few days. When mom goes home, she is expected to cope on her own at a time when her milk is ‘coming in’, her baby waking up more often and more likely to show signs of ‘baby jaundice’, and she’s inundated with visitors.

Little girls are not breastfeeding orientated. They grow up with dolls that come with bottles and dummies – they never see women breastfeeding.

How-to tips for breastfeeding: Getting it right

What are your rights when expressing breastmilk in the workplace? 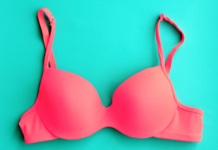 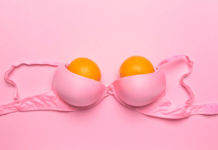 Your most Googled breastfeeding questions answered by a lactation expert