Home Articles Pregnancy Barriers for women in the workplace 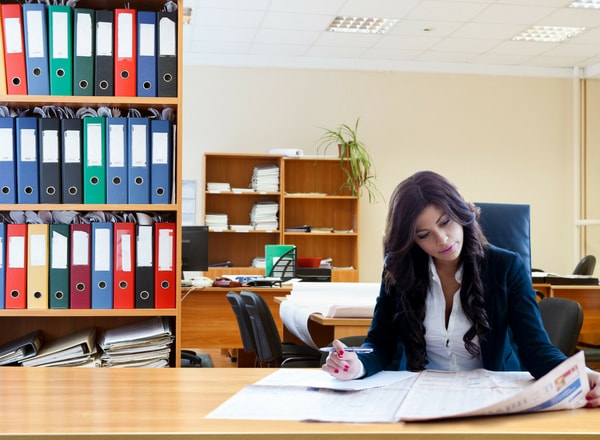 Women are often side-lined not just because they are women, but because of pregnancy, maternity leave and breastfeeding. This involves perceptions that women are not dedicated enough and they are often overlooked for promotion. They have to take time off work for doctors’ appointments and children, there are inadequate facilities at work when it comes to feeding or pumping, and job responsibilities may even be changed after maternity leave.

The wheel of change is turning and progressively moving towards more rights for mothers who want to conceive and bring up healthy babies, and reserve the right to work at the same time. Gone are the days when it was frowned upon to fall pregnant and pace around anxiously at home while on maternity leave, hoping your job wasn’t taken from you and a time when it was simply taboo to bring your baby to the boardroom, latching onto your breast.

It is time for women to stand up for what they believe in and make their voices heard. Stereotypical anecdotes of pregnant women having porridge brain, behaving irrationally and eating other people’s pineapples at work fuels intolerance and discrimination. Mothers in the workplace are often held to ridiculously high standards and almost penalised for wanting and having kids.

Allyson Downey, CEO of weeSpring and author of Here’s the Plan. Your Practical, Tactical Guide to Advancing Your Career During Pregnancy and Parenthood, said in Forbes Magazine, “Speak up about what you want, even in the most feminist and egalitarian companies, assumptions are made in ‘your interest’. These include sending a male colleague on business travel instead of you, based on the assumption that you can’t travel or won’t want to while pregnant. Every manager has those preconceived notions and it’s up to you to identify them and break them down.” Interestingly, she also advises against forming relationships with others at work over pregnancy, “Don’t try to build bonds over your pregnancy, unless someone has explicitly and repeatedly shown interest in it. Even then, remain professional at all times.”

The world was stunned when the world’s top-ranked tennis player Serena Williams took a year off to have her baby and returned to Wimbledon in 2018 only to be ranked 183. It took her just that tournament to return to the World Tennis Association’s top 30, climbing by 153 spots. Her ability to place the game didn’t diminish simply because she took time off to start a family.

“In spite of how progressive society has become, women are still banished to bathrooms to breastfeed or hidden away in some office storeroom to pump.”

On the other side of the world, New Zealand’s prime minister Jacinda Arden broke through traditional barriers in June this year when she became the world’s second ever elected head of state to fall pregnant and take maternity leave.

Not every woman features on the world’s stage as these two do, but it is important to know your rights. South African law states that dismissal on account of an employee’s pregnancy, intended pregnancy, or any reason related to the pregnancy (such as maternity leave) amounts to an automatically unfair dismissal

Reshma Naidoo* (48), is an HR Manager at a financial institution with three high school children. She says, “Women are proving themselves every day and things are improving. More women can work from home now and also work flexible hours.” There is also the worry of companies changing the job description and Naidoo states, “A company has to have a very good reason to change a job description. However, it also depends on the type of business.”

Taryn Smith* (42) is a travel agent with has twin girls. Taryn’s work was very accommodating up to a point after she returned from maternity leave. “My boss was incredibly understanding at the beginning when I needed to go to the doctor or collect my girls from crèche if they were sick. However, as time went on the lenient understanding become less frequent. It’s also still often expected that the mom does the fetching and carrying and the dads get to go to meetings.”

If you are pregnant you are entitled to four months maternity leave and this includes the month before the baby is due. However, unlike some countries around the world, there is no legal obligation for companies in South Africa to pay you a cent towards your time off. If you contribute to the Department of Labour’s Unemployment Insurance Fund (UIF), you are able to claim back 38% to 58% of your salary up to 17 weeks or four months.

Sports Illustrated model, Mara Martin caused a stir when she strutted down the catwalk breastfeeding her baby,

Sending a powerful message to all women that nourishing your baby is a normal and a right. In spite of how progressive society has become, women are still banished to bathrooms to breastfeed or hidden away in some office storeroom to pump. Women should be able to breastfeed and express milk and feel safe and secure in an exclusive space just for them, or out in the open if that is their preference.

Mothers should be encouraged to breastfeed after they return to work in line with the World Health Organisation’s policy of exclusive breastfeeding for the first six months. Employers will benefit from their employees being able to feed or pump at work: the mother will be more able to focus on her work; there will be less absenteeism and more productivity. We need mothers who are happy employees because they are able to provide the best for her baby while securing an income.

Veerash Srikison, Advocate and Mediator at Fair Practice and our family law expert, states that: “According to the South African Breastmilk Reserve (SABR), breastfeeding is regarded as an essential source of nutrition for children in South Africa. South African law encourages breastfeeding for mothers who return to work after maternity leave by including section 5.13 in The Basic Conditions of Employment Act Code of Good Practice on the Protection of Employees during Pregnancy and After the Birth of a Child.

Unfortunately, there is still a stigma attached to women who breastfeed at work. Recently a woman called in to a radio station saying that when she returned to work after maternity leave, she had booked one of the boardrooms to express milk for her baby. She subsequently received a formal email from HR asking her to do it in the disabled person’s bathroom as that should provide her with adequate space.

According to Srikison, South Africa as a member state of the International Labour Office has not yet ratified (signed) the Maternity Protection Convention 2000, which is supplemented by the Recommendation (191) that a provision in a member states law should be made for the establishment of facilities for breastfeeding under adequate hygienic conditions at, or near the workplace.

Due to this facility not being mandated in South Africa for employers to be made available, employees should encourage their employers or HR departments to take a progressive approach and make these facilities available for breastfeeding employees.

“There is no harm in an employer to choose to protect the well-being of not just its employee by providing them will a hygienic environment that is properly equipped, but their children too, by ensuring that newborn children are fed hygienically obtained milk. Employers showing care and concern by creating a supportive workplace culture will only improve the performance and commitment of employees to such employer,” says Srikison.

Stasha Jordan, breastfeeding activist and executive director of the SABR concludes, “Breastfeeding is vital to the well-being of our future generations, whether in public or at home. Babies deserve the best chance at healthy lives, and that means breastfeeding for at least the first six months of their lives. Our responsibility is to encourage and support mothers, not to harass or shun them.”

*Names have been changed

Rules of ‘how to be a dad’ are changing as gender roles continue to blur
Breastfeeding: 5 ways it can be encouraged responsibly

The questions you were too embarrassed to ask – answered by...