Home Articles “After overcoming cancer, I got it again when I was 7 months... 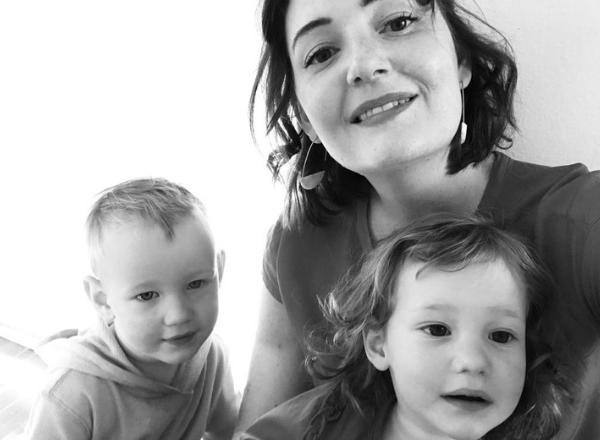 Every year, as September comes to a close, I brace myself for a month of being inundated with cancer messaging from every publication, news channel and social gathering. October marks Breast Cancer Awareness Month, and three years ago, I probably wouldn’t have even known that. But in 2016, and again in 2017, my life changed forever after surviving this disease, and now, October is the month of opportunity to educate young women just like me on how to prepare for the worst, and hope for the best.

When I was 27 years old, I felt a lump in my right breast. It was pea-sized, nothing too concerning, but my gut just wouldn’t let it go. After a couple of weeks, I went to see a gynaecologist near my newly purchased home and, as I suspected, he told me I was completely paranoid and should go home. I was “too young” to experience anything sinister such as cancer and, most importantly, it didn’t run in my family.

Three weeks later, that pea felt like three peas and again, my gut would not let it go. After bringing it up with my boyfriend a couple of times, he suggested I get a second opinion to put my mind at ease, and I agreed. That GP saved my life. He insisted that I go for a mammogram and an ultrasound, regardless of my age, and within a week, I had a biopsy that confirmed my worst fear – I had stage 2 breast cancer.

Whenever I’m asked how I knew I was sick, my answer and best piece of advice is that two opinions are always better than one. Trusting my instincts and seeing another doctor when that feeling didn’t leave the pit of my stomach saved my life. Later on in my journey, another doctor told me I’d never have children because I needed to start chemotherapy immediately, which turned out to be overly dramatic, and had I not sought another oncologist’s advice, I wouldn’t have the incredibly naughty, loving, funny, charming, crazy twins I have today.

“No one wants to think about becoming terribly sick but it is naïve to think it won’t happen to you, because one in every eight women in South Africa will be diagnosed with breast cancer.”

Another lesson for me during my diagnosis, was the importance of understanding insurance cover. The best thing my father ever did for me was insist that I had a gap cover throughout my life. During the two years that I was on and off treatment, there were too many moments where the financial shortfall between medical costs and what my medical scheme would pay out would’ve financially crippled me. But, without question every time, my gap cover would pay the difference and take away the pressure of the medical bills that just kept piling up.

When I had my mastectomy, I was really scared. It was the first time in my life that I felt completely out of control and scared of what this disease had done to me. During all of that, my medical aid rejected my claim because my cancer was only evident in one breast, not both, and therefore the second one would be for cosmetic purposes. But once again, my gap cover came to the rescue, filing a legal case on my behalf and winning, meaning they were forced to refund me and cover all those costs.

To a healthy person, these things sound like more of an administrative annoyance, but to someone who is fighting to stay alive and losing parts of their body, their hair and their fertility, having that kind of support is invaluable.

I also learned about what I wasn’t quite prepared for. At the tender age of 27, none of my life policies included coverage for dread disease – something that would have allowed me a lot more financial freedom during treatment.

When I got the call from my GP telling me my results had come back cancerous, I was sitting in a meeting with my manager and another colleague. Without having to say much, my manager went to my desk, packed up my bags and sent me home. I was so grateful to not have to worry about how or what to say, what would happen to my work, my clients, my deliverables, my responsibilities. And I was extremely fortunate enough to be given the time and space to deal with my disease and heal.

But something you just don’t think about in your twenties, is your employer’s policy around chronic illness, dread diseases or serious injuries. As this hadn’t happened before, we had to figure it out together. My employer was always flexible according to my needs and treatment plan, but our success was based on open and honest communication. Moving forward, I will always be sure to understand these policies from an employer, and to accept that most things can be figured out through candid conversations with the people around you.

The thing that you’re least prepared for when falling sick, is the healing. As humans, we only know fight or flight, and many people suffering from this disease choose to accept their fate and not go through the battle of treatment. Those who decide to take on the fight are very focused on the practical steps of it, usually incredibly focused on a timeline with mini-goals. Every chemo session completed is another milestone to tick off the list. Every radiation session is one step closer to the end – the end of the nightmare, the end of the hospital drives, the end of the pain, the sleepiness, the nausea, the feeling of being in limbo. And you have to be focused on the end. It is the only way through.

But it was only during my second diagnosis that I realised I’d never truly processed my journey. Sixteen months after my final chemotherapy, while seven months pregnant with my twins, my cancer returned, and this time I could not accept it. Looking back, I can see that it was because I’d never really worked through the first experience emotionally. I spent a lot of time being positive, surrounded by people who would call me brave and inspirational and courageous, which masked a lot of what was really going on in my heart. I didn’t feel the way they described me, but I just took each day as it came, not thinking too long or hard about it.

When my oncologist announced my second diagnosis, I realised that this was my reality. I can now understand the importance of taking the time to heal, both emotionally and physically, instead of rushing to get back to some form of normal. Being your normal will never be the same again. And it’s okay to be different and think differently, and even want different things after a trauma like that. But it’s all about gifting yourself with the time and space to heal in all the ways you need to.

No one wants to think about becoming terribly sick but it is naïve to think it won’t happen to you, because one in every eight women in South Africa will be diagnosed with breast cancer. And cancer does not discriminate against age, gender, race, occupation, or smarts. The best you can do is arm yourself with knowledge, trust your instincts, get as many professional opinions as you need, understand your environment and journey, and let yourself work through it with the help of your tribe.

I had breast cancer & couldn’t breastfeed my babies 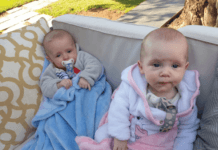 Mom tells of being a quintuplet & giving birth to twins 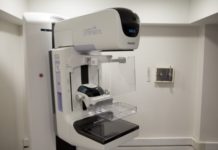 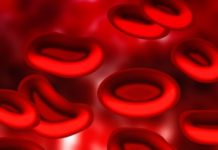 A guide to understanding leukaemia 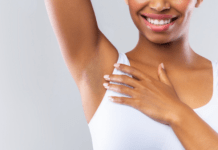 Is there a link between breast cancer and your deodorant?

Conversations you and your partner need to have BEFORE starting a...