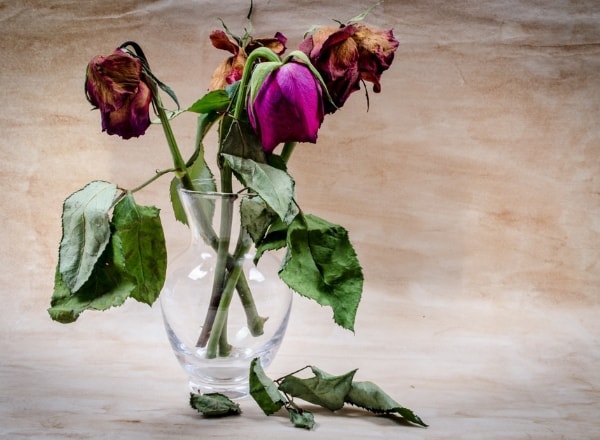 At the age of 27, Michelle Sookool was excited to become a first-time mum. After trying to conceive for two years, Michelle and her husband, Andre Jerome Sookool, were delighted to discover that she was two weeks pregnant. Sadly, she lost the pregnancy a week later. Michelle shares her story…

One night I woke up to excruciating pains and heavy bleeding. We were alarmed and rushed to the hospital, where we were informed of the miscarriage and I underwent a D&C. We were devastated and I asked God what we had done to deserve this loss. We prayed and continued to trust in God’s plan, despite our pain.

During May 2015, the Sookools were blessed with the news that Michelle was pregnant again. They had not expected to fall pregnant so soon and gave all the glory to God. However, Michelle was worried that they might lose this one too, so both she and Andre were extra cautious. She did minimal exercise and housework, and her husband would cook and pamper her daily.

Fortunately, the first trimester went smoothly without any signs of morning sickness or typical pregnancy symptoms. Her husband attended every gynae visit and they were overjoyed to see their baby grow.

“Mourning her loss, she would have meltdown moments, but would feel the active kicks of her baby urging her to remain strong.”

When she reached her second trimester, her gynae gave them the green light to have a pregnancy announcement supper with all of their family and friends. The news excited their families and they couldn’t wait for the new addition.

Andre was convinced they were having a son, calling it “daddy’s intuition”. He started painting the nursery baby blue and bought ships and helicopters to complement the room. As her pregnancy progressed, she experienced fatigue but none of the other adverse symptoms of pregnancy.

On 17 October 2015 Michelle’s world started to crumble. After returning from college at 5pm, Andre and Michelle enjoyed their dinner and watched movies until about 10pm, when he suddenly had terrible chest pain, threw up and showed signs of fever. The couple rushed to the nearest hospital, where a doctor informed them that these were signs of a heart attack.

Michelle couldn’t believe what she’d heard and didn’t quite understand the severity of her husband’s condition. In the early hours of the morning, she drove home alone to notify the family and to collect a few items for her husband. When she and their family returned to the hospital, each one spoke to him, while his sister said the sinner’s prayer with him.

He hugged and kissed Michelle, who left with the family to go home and rest. The following morning, she called to check up on her husband. One of the nurses told her that her husband was asking for her, so Michelle nervously rushed back to the hospital. He explained that he’d been prepared for surgery that could stop his heart.

The doctor explained again the severity of Andre’s condition, saying he had three blocked arteries on his heart.

Andre was convinced that he wouldn’t wake up again and requested that Michelle enlarge a picture of him and burn two candles for him. She was silent while he played with her hand and then suddenly had a heart attack right in front of her eyes.

Michelle was immediately pushed out of the room and she called all the family members advising them to return to the hospital. Unfortunately, when the doctor returned, it was to inform Michelle that the love of her life had passed away. He had a massive heart attack and was declared dead at 11:30pm on 18 October 2015.

Inconsolable, Michelle’s life flashed before her eyes as she held Andre’s hand and touched his face before he was taken away. His hands were still warm and his face was so peaceful, as if he was just sleeping. In the blink of an eye, and six months’ pregnant, Michelle’s world had world turned upside down. None of them imagined that he would pass away before he even got the chance to see his baby being born.

Despite wanting to give up and suffering from terrible nightmares, Michelle gained strength from her pastor and church, and family support. On her next visit to the gynae, her mom and sister-in-law were by her side when the doctor revealed that she was indeed having a boy, just as Andre had said.

Mourning her loss, she would have meltdown moments, but the active kicks of her baby urged her to remain strong.

When she was 27 weeks pregnant, she (and the family) got to see his little face and even a little wave. She couldn’t believe her eyes. In her grief, Michelle had leaned on God, praying to Him daily, and felt her husband’s strength support her.

She is in a better place now after the birth of her son in March 2016, living for her son whom she named after his father. The two of them visit her husband’s grave site every Sunday as part of her healing process. She also honoured her husband’s wish by having his smiling picture enlarged and placed on the living room wall, and finds it strangely sad and comforting at the same time.

Michelle’s reason for sharing her story is to encourage all expecting mothers and dads to cherish each moment, as we are not promised tomorrow. “No matter your situation, we serve a living God and He will strengthen you where you see no possible hope. Pray for everything and worry about nothing.”