A few months ago, I had a very personal conversation with the father of my children. To be honest, it started off very casual but quickly turned serious and I’m really glad it did because from that conversation I learned two very important things:

More often than not, I’ve heard women (mothers included) speaking out their frustrations about absent fathers or fathers who are there but basically not helping out with the kids. The frustrations are quickly followed by mini vents of how the father never does anything right when it comes to taking care of the children. It always makes me wonder… Is it that they are not doing it right, or rather that they are not doing it our way as mothers?

It goes without saying that I am personally very guilty of this too. Before we had the conversation, I used to talk to him about helping me out and chipping in with the kids but what I didn’t realise is that he was actually doing plenty. I didn’t see this because it was not according to the way I wanted things to be done. I was one-sided. Things had to be done my way or not at all and this brought along a lot of frustration.

There were times when I literally wanted to walk away from it all. I felt like I wouldn’t survive another day, like I was barely breathing, when in fact I had plenty of oxygen tanks all around me and all I had to do was slow down and take a deep breath while he took over.

“… we also need people who will advocate for fathers to be given the chance to parent their children the way they choose to.”

Granted, it is always advisable for parents to be on the same page when it comes to disciplining the children and the overall rules of what is deemed acceptable or not acceptable behaviour. We also need to appreciate the fact that two individuals who happen/choose to have children together may have very different personalities and, as such, different ways to show affection and ways to connect with their children.

To this day I still sit back and truly appreciate the moment and day that we had this conversation. It has made us better parents and happier individuals. We now understand why the other is doing what is done and we are able to support each other better. It may sound like an easy thing to do but in all honesty, it takes a lot of letting down of guards. You both need to allow yourselves to be vulnerable and open with each other. Only then will you be able to have an open and honest conversation without finger pointing.

Let it not be a competition about who will be the better parent or who the children will love more. Remember that you both have something truly magical to share with your children whichever way you choose to do so. As long as you both agree that it is what is best for them and will benefit them in a long run, allow each other that freedom and then watch your relationship with each other and your children flourish.

There is a small part inside me that wishes we’d had this conversation earlier but I’m glad that we had the conversation regardless of how late it came up. Parenting is not a one-way street. It takes two people to create the beautiful magic that children are and it’s only fair that those two people are given the chance to nurture this magic and watch it grow the way that they see fit.

Here’s to giving fathers a chance.

My name is Olerato Moiloa. I am a working mom with a 4-year-old little girl (Kamohelo) whom I call Kbear and another Little one on the way. During the day I work as an IT specialist and in the evenings, I am mostly Mom. In an attempt to find the *ME* in Mommy, I document my journey as I go through life exploring who I am as a Person, and how that affects my abilities as a Mother. All this I share on my blog Mommy and Baby Approved and through lifestyle videos blogs on my YouTube Channel. 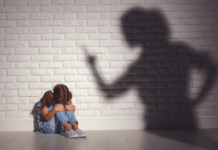 A Twitter thread about how having strict parents affects you as an adult went viral… for good reason! 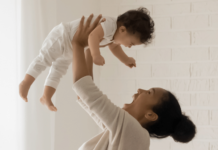 How to manage your anxiety during the coronavirus

“Not tonight, I have a headache” – ways to get over no libido 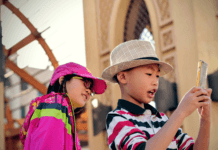 Screen time & our toddler: How we manage it all