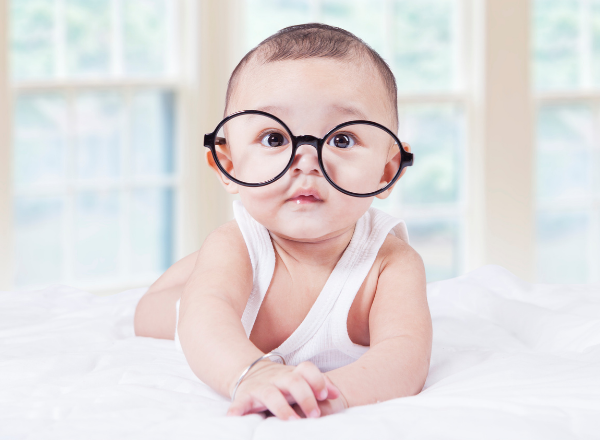 I remember reading the story of “Little Red Riding Hood” to my children. They used to squeal when I got to the part where she says to the wolf: “But Grandma, what big eyes you have” and the wolf replied “all the better to see you, with my dear”.

If only sight depended on big eyes, then talking about sight would be a simple topic. In reality sight is a complex topic. From the earliest of days, while baby is still safely tucked up in mom’s womb, sight is developing. Even although a baby’s eyes are usually closed until 26 weeks of gestation, the eyes are developing so that they are ready to start taking in the world immediately after birth.

If we dive into details about sight and what to expect we may just be rehashing what you have read in other articles. I would like to share three case studies with you so you are able to draw your own conclusions about the value of testing your baby’s vision in the first year of life.

Case study 1: My own daughter

My daughter started with learning difficulties in her Grade 0 year. Prior to this she had hit her milestones on time and often even ahead of time. She did have an assessment with an ophthalmologist on two occasions but we were advised that her eyes were normal. She was diagnosed as having severe dyslexia. She started with OT and Remedial therapy. At the start of grade four we decided to move her to a remedial school. Her self-image was being badly affected because of her difficulty and the gaps in her learning were becoming way more pronounced. It was an absolute miracle that a student optometrist was doing eye tests at the remedial school. She sent a note home with my daughter to say that she believed my daughter to have a very unusual form of astigmatism.

With her letter in hand we went to see an optometrist who confirmed the diagnosis. The astigmatism was such that my daughter did not see horizontal lines. Imagine trying to read when a capital E looks like this “l”. An H would be ”ll”. An F “l” , a K “l” as well. The word “THE” would have looked like “llll” to her. Once she got glasses to correct the astigmatism she needed to be taught to read from the start. She was already 10 years old.

Within 6 months, given the reading recovery program provided by this outstanding school, she was back in mainstream education. Imagine if the astigmatism had been picked up earlier? Her early school career would have been so much easier for her. 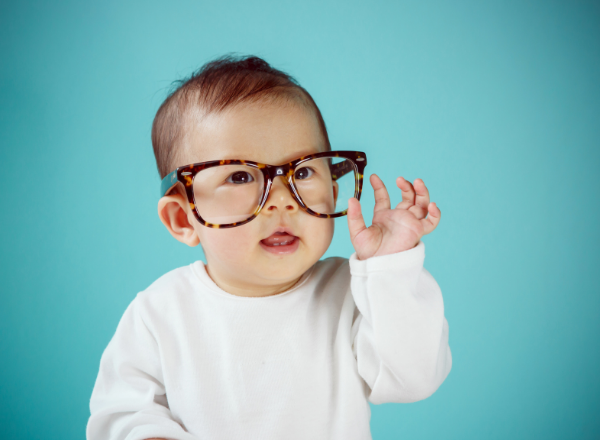 Case study 2: A child with Amblyopia

A few years back a 5 year was brought to my practice for a general check-up. The child’s medical history, as reported by the parents was normal. The only thing of note was that they found their child to be very clumsy. They reported that she often fell up stairs, walked into tables and had even hurt herself when she walked into a jungle gym.

On examination I found the child to be growing normally, her language was good and her muscle tone was good, so low tone was not the cause of her clumsiness. I referred the child for an eye-test. What was reported was that the child had severe Amblyopia and as a result the left eye was almost completely blind. Amblyopia occurs when one eye is much stronger than the other. Without treatment the brain learns to ignore the poor images being provided by the weak eye.

The result of the Amblyopia meant that this child was now only seeing in 2D. The loss of vision in the one eye meant that for this child the world was flat. When she approached stairs she would not be able to see they were elevated and a jungle gym would appear to be on the same plane as the grass. The child was given glasses and her situation changed completely. The concerning thing is that if the child had not received treatment before the age of 6 or 7 years old she would most likely have lost that weaker eye altogether.

ALSO SEE: Common penis problems to watch out for in little boys

A two year old presented to my practice with severe behavioural problems. The parents reported that he had been an extremely good baby, always content and even when able to crawl would prefer to remain calmly in one place. Since the child had begun walking, his behaviour had deteriorated and he was now being destructive, prone to terrible tantrums and was often aggressive towards other children.

He had met his physical milestones like sitting, crawling and walking on time. He was noted to have poor fine motor skills and his mother found it easier to feed him because he just made “a mess”. On examination he was found to be a healthy two year old but he lacked social skills and I was concerned about such extreme behaviour at such a young age.

Before diagnosing a child with a behavioural disorder it is vital to exclude sight and hearing problems. His hearing assessment revealed normal hearing but his eye test was alarming. This poor little boy had severe Hyperopia. This condition meant that everything in his world was out of focus or really difficult to see. Only objects in the far distance would have been clear.

Hyperopia is usually present at birth and is often something which runs in families but may only be detected when these children go to school if the symptoms are mild. This little boy’s behaviour was directly linked to the fact that he actually couldn’t see. He would break a glass if handed one because he couldn’t make it out to take hold of it. The tantrums must have been sheer frustration from living in a world with expectations which he just couldn’t meet. I saw him again for a check-up six months later. He was wearing heavy glasses but he was a different child. What an absolute delight to engage with this little person who was now calm, interactive and happy. 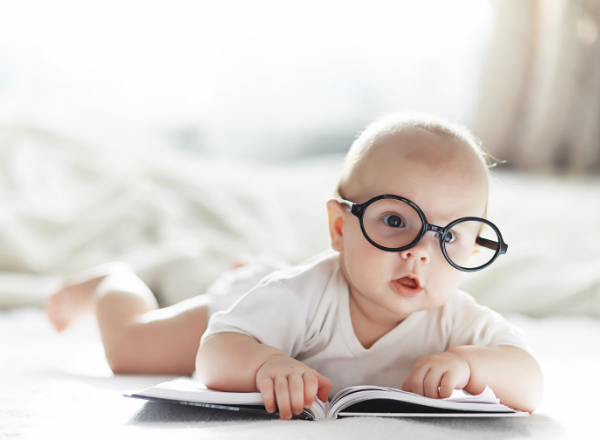 It is true that a baby’s first year of life requires a diary to keep track of the vaccinations and check-ups. Parents probably feel like I do when listening to the ads on TV that tell you “but wait there’s more”. In the case of an eye test I would strongly suggest that this be penned into the diary. Your paediatrician will check baby’s eyes from birth and a proper eye test using a sophisticated camera can screen for problems from as early as six months of age.

What will the doctor be checking?

If a child is born prematurely your baby’s eyes will need to be checked for a condition known as Retinopathy of prematurity. This condition is caused when a baby is exposed to high levels of oxygen and has the potential to cause blindness. If there is a family history of sight problems then you should advise your doctor. Babies can be checked for cataracts, tumours and other inherited eye diseases before you take them home.

At each visit the doctor will check that both eyes focus correctly, that the eyes track movement correctly, that the eyes are properly aligned on the face and will check for certain eye diseases. From 6 months of age a machine can be used which can check for 6 conditions within seconds. This machine tests for astigmatism, anisometropia, hyperopia, gaze symmetry and anisocoria with the press of a button. The machine resembles a camera and the operator will click a button, much like taking a photo. The machine sends light into the baby’s eyes and will detect how the nerves in the brain respond to the light. In no time you will have a report indicating whether further investigation is necessary. These conditions can only be detected with a standardised screening tool or assessment by an ophthalmologist.

All of the children in our case studies would have benefitted from this early diagnostic tool had it been available to them.

READ NEXT: The developmental milestones your child’s paediatrician will check your child meets in the first 24 months

It is through the gift of sight that a baby takes in the wonders of the world. A baby’s eyes provide information and stimulation that is vital to development. Just like all other milestones, sight develops over time. At first a baby’s vision will be blurry and resemble a kaleidoscope but in time a baby’s eyes will develop the ability to focus, move together and learn how to interpret the information sent to the brain. A child will not know instinctively that they cannot see properly as this is what they know. It takes astute parents and proper follow-up to ensure that our children see as they should.

Loads of studies are being done on the reason for the increasing number of children with eye-sight problems. It is not a difficult question to answer. The increased amount of time that children spend indoors focusing on objects close to them like cell phones and television are key factors in this phenomenon. Once again the importance of children being outdoors and having screen time limited is being demonstrated.

So let’s get used to testing a child’s vision much like we have grown accustomed to visiting the dentist. Sight is a powerful and beautiful sense that makes our worlds rich, interesting and colourful.