BabyYumYum.co.za
Home Influencers 10 things I wish I’d known about the first week with a...

The birth of your kid is a wonderful thing, but when you get home and reality settles in, there are a few things that may surprise you. And so, here is my list of the top 10 things I wish I had known about the first week with a newborn.

You’re going to cry a lot. And you’re not going to have any idea why you’re crying. I remember bursting into tears every single time Dan did the dishes, and then I would cry even more because I didn’t know why I was crying.

I reckon the waterworks occurred about three times a day for that first week. Your hormones are in an absolute jumble, they don’t know what they’re doing and they are just going crazy. The good news is that your emotions will start to normalise soon, but if they don’t, it’s a good idea to pop into your GP and have a chat.

2. You may not feel that instant, overpowering, deep love for your child

Every woman that I spoke to before I gave birth told me that the first time that they saw their child, this incredible bond was formed and they felt a deep love that they’d never experienced before. You can only imagine my confusion when I didn’t feel any of that when Aria was born.

Things got better with time though; our love just took a little bit longer to grow and even to this day, the more I get to know her and learn about her, the more I love her.

Let’s face it, life pre-newborn was a lot easier than life post-newborn. I know that in my first few days I felt chained to the house and so on Day 4, I told Dan that we had to go out. I didn’t care where, but I needed to get out of the house and do something that pre-baby Sarah would do. And so we went for coffee (with Aria in tow). Small things like that made adjusting to my new life a lot easier. But sometimes even now, I long for the days of a smaller bag and no dirty nappies.

“On the third day postpartum, my girls were so huge, I was one up on any Baywatch actress.”

4. If you thought that your boobs couldn’t get any bigger, you’re wrong

On the third day postpartum, my girls were so huge, I was one up on any Baywatch actress. This went hand in hand with them being rock hard, sore and hot, hot, hot! There are a few solutions to this very uncomfortable problem. The first one is to feed or pump regularly (like every three hours). This really worked for me. If I got to the Baywatch stage, taking a hot shower and letting the water run over my chest also helped. Lots of women also swear by cabbage leaves; I haven’t tried this myself but sometimes you get to a point where you are willing to try anything!

5. Breastfeeding does crazy things to your body. I was hungry all of the time

The amount of food that I ate was absurd. But when you look at the number of kilojoules you burn per feed, it makes total sense that your body would need all of this extra energy. Friends of mine have also said that they were incredibly thirsty during the first few weeks of breastfeeding. My feeling is that at this point, you should be giving whatever it is that your body needs, it’s feeding your baby after all!

6. Still on the breastfeeding/feeding train, I didn’t realise how incredibly boring it would be

I was lucky enough that Aria was an “express feeder”, otherwise known as a greedy guts and only fed for about 20 minutes every three to four hours. But those 20 minutes (especially the night feeds) were so boring. Social media doesn’t change that much between the hours of 00:00 and 03:00 and I didn’t want to turn on the TV because I didn’t want Aria to wake up too much. My advice? Install a few games on your phone. 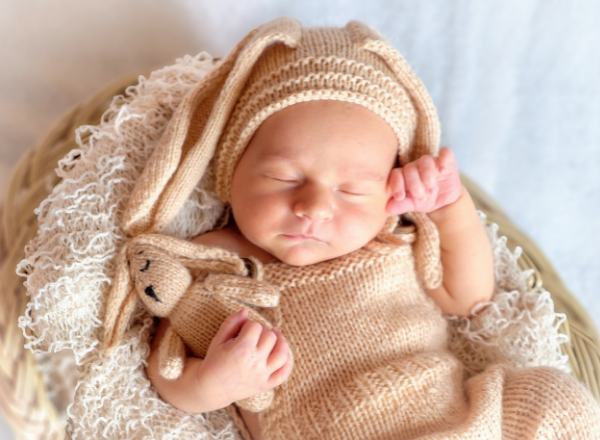 Aria came out with talons, so we had to cut her nails the day she was born – the girl looked like Wolverine! I couldn’t do it, I was (and still am) petrified that I was going to cut her finger and so Dan had to step in and do it (and still does it). If you don’t cut their nails, they scratch themselves and end up looking like they ran into Edward Scissorhands.

8. You will find yourself standing next to your child’s cot, just staring at them

You watch them sleep in utter amazement, although you may actually doze off at this point from sheer exhaustion. In fact, you may even master catching a snooze with your eyes open.

READ NEXT: Meeting your newborn for the first time

9. Your kid is going to poop in the bath

It’s gross but it’s almost a rite of passage. If you can conquer the floater in the bath, you can do pretty much anything.

10. You’re going to take one hundred million and twenty-five photos and videos, in the space of one week

Most of these photos will be of your baba sleeping but that doesn’t matter. You’re still going to do it so clear that phone storage!

This original version of this article can be found on Mascara & Mimosas.

Sarah is a beauty-product hoarding mama who simply cannot get enough coffee into her system. You can expect to see a little of everything in her blog Mascara & Mimosas, from what makes parenthood a bit easier to her latest beauty obsession – or even what DIY she’s just tried. 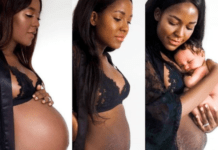 Body Positivity: This is what postpartum bodies REALLY look like 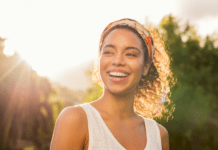 Getting your vaginal health back on track post-pregnancy 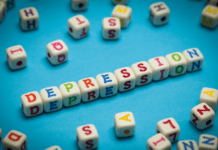 These women were brutally honest about what postnatal depression felt like

Is it really necessary to plan a fancy birthday party for...